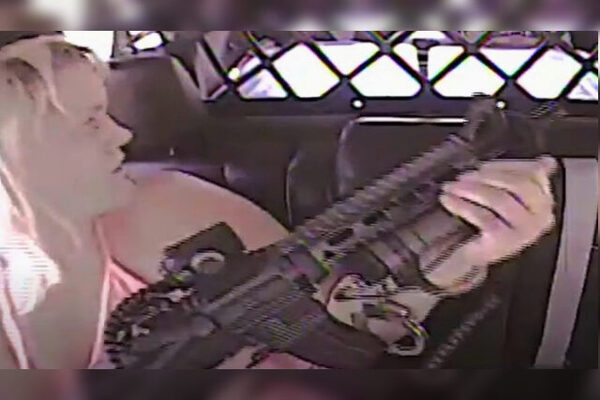 (breitbart) – A woman detained in Grady County, Oklahoma, slipped out of her handcuffs in the back of a patrol car, grabbed the officer’s AR-15, and opened fire, striking a bystander with bullet fragments.

ABC 7 quoted Grady County Undersheriff Gary Boggess, who said, “While in the back seat of a patrol car, she was able to get her wrist free from the handcuffs and the handcuffs were put on properly.”

The woman is identified as 36-year-old Rachel Zion Clay.

Boggess explained that Clay was able to release the AR-15 from its holder inside the vehicle, after which she opened fire: “There’s several switches, one is a gun switch to unlock the gun lock and she found it, unlocked the gun lock, and was able to retrieve an AR-15 rifle. Then she was able to figure out how to put a round in it, put it on fire and she fired approximately 10 rounds at our deputies and a civilian.”

Thirty-six-year-old Clay surrendered after a three hour standoff. Police 1 notes that she “tested positive for meth and faces charges of shooting with the intent to kill.”

Both the deputy and the civilian sustained non-life-threatening injuries.