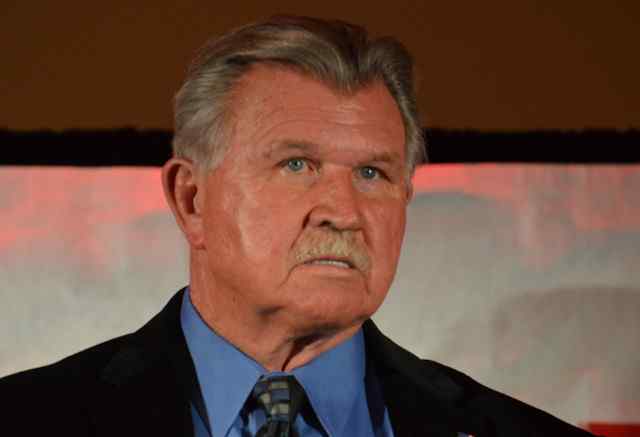 (Breitbart) – Legendary NFL coach Mike Ditka has clear, unmistakable thoughts on what should happen to athletes who refuse to stand in respect for the national anthem.

Ditka says they should, “Get the hell out of the country.”

In an interview with TMZ Sports, the man known affectionately throughout Chicago and maybe less affectionately in Green Bay as, ‘Da Coach,” blasted the athletes demonstrating against the country that has given them so much.

“If you can’t respect our national anthem, get the hell out of the country,” Ditka said. “That’s the way I feel. Of course, I’m old fashioned, so I’m only going to say what I feel.”

While the media has claimed the anthem protests begun by Kaepernick in the preseason of 2016 have nothing to do with disrespecting the country, Kaepernick’s own actions have proven those assertions to be false. Not only did the former 49er convince Nike to cancel distribution of a special 4th of July themed shoe bearing the “Betsy Ross Flag,” in 2019. In 2020, Kaepernick once again took the occasion of the celebration of the nation’s birthday to besmirch the country, by calling the 4th of July festivities a “celebration of white supremacy.”

Black ppl have been dehumanized, brutalized, criminalized + terrorized by America for centuries, & are expected to join your commemoration of “independence”, while you enslaved our ancestors. We reject your celebration of white supremacy & look forward to liberation for all. ✊🏾 pic.twitter.com/YCD2SYlgv4

Ditka is set to take over as Chairman of the X League, a women’s tackle football league that will begin play in April of 2021.

Ditka said, “These women are pretty and good looking and want to knock the crap out of each other — we’ll see how it works!”

If Ditka has any say over player conduct during the playing of the national anthem, it’s safe to say we’ll know where he stands.