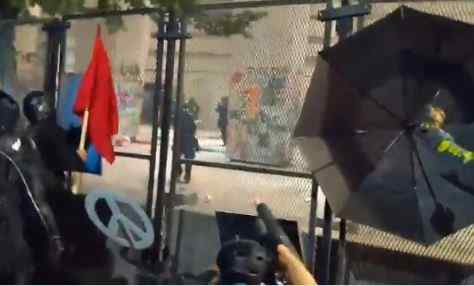 This is just stunning.

(Gateway Pundit) – Mayor Ted Wheeler and Portland, Oregon officials have made it clear whose side they’re on and it’s not the side of law and order.

For over 50 straight nights antifa-BLM rioters have ransacked the downtown and destroyed public property.

When the leftist mob took aim at the Hatfield United States Courthouse that President Trump sent in federal agents.

Local Democrat officials are OUTRAGED that the federal government is protecting their property.

These people are crazy!

Via The Nationalist Review: