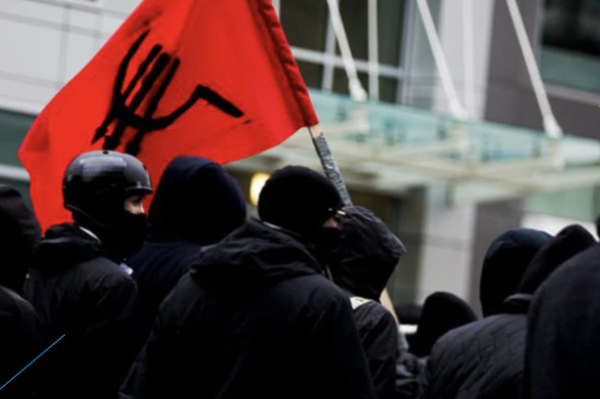 (bigleaguepolitics) – Federal police in Germany are investigating left-wing extremists from Antifa who’ve called for the murder of members of the populist Alternative for Germany (AfD) party.

The Federal Criminal Police Office (BKA), the security agency charged with ensuring the safety of German politicians, has confirmed to FOCUS Online that individuals associated with the far-left group have called for 53 members of the populist party to be murdered in posts published on the platform Indymedia.

Aside from using the platform to openly call for violence against members of the party, the group also published the politician’s residential addresses as well as detailed bomb-making instructions.

One of the platform’s users wrote: “Let’s kill the AfD pigs with explosives.”

Among those specifically named by the far-left extremists was Björn Höcke, a member of the Thuringia state parliament, and Bernd Baumann, the AfD’s parliamentary group leader in the state of Hamburg.

“The time has come for tough action. Höcke is one of those people who has to be killed,” one of the calls for violence reads, with the author adding that Höcke’s bodyguards shouldn’t be spared.

In response to the calls for violence, two state criminal police offices are said to be investigating the unknown perpetrators who’re believed to be a part of the militant extremist group Antifa.

The news comes just days after a group of 50 to 100 far-left militants in Berlin showed up outside of the home of Alternative for Germany (AfD) MP Karsten Woldeit. Video footage of the ordeal, which was filmed by the MP, shows the group shouting slogans like “Woldeit – Nazi pig” and “F*ck AfD”.