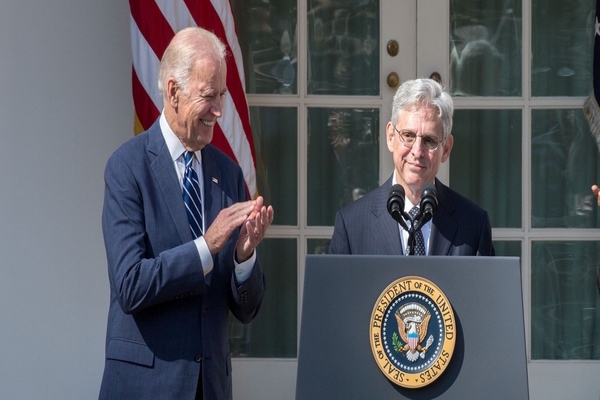 “Just walked out of harvard’s graduation because I didn’t want to listen to merrick garland talk about himself for 30 minutes,” Harvard graduate and Daily Caller social media director Emma Heussner wrote on Twitter.

The graduate also shared a video of herself walking out of Garland’s commencement speech.

Heussner’s video of her walking out of Garland’s speech went viral on Twitter.

When asked what prompted her to leave the ceremony, the graduate told Daily Caller, “I had been sitting there for more than two hours listening to people speak in Latin, give cordial formalities.”

“By the time Merrick Garland got on stage, I was so anxious to leave and meet up with my parents,” Heussner continued. “They’re the ones who helped me accomplish what I have and supported me to get to Harvard in the first place.”

“Choosing to walk out was an easy decision for me,” she added.

Heussner went on to say that her decision to walk out was made even easier as she heard part of the speech.

“Even overhearing his speech as I walked out, it was pretty rich to hear about how ‘awful’ our country is and what we as graduates should do about it, given that he’s the one in an incredible position of power to who gets immediate results from the decisions he makes,” Heussner said.

In his commencement speech, Garland brought up the events of January 6 at the Capitol three times, and pleaded with Harvard graduates to devote some part of their lives to public service, citing the recent mass shootings in Texas, and New York as reasons for them to serve their nation.