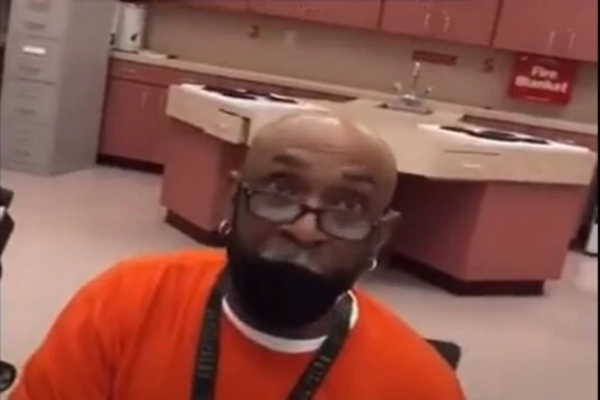 (bigleaguepolitics) – In the primary for the special election for Florida’s 20th U.S. Congressional District seat, at least one Republican voter was initially told that Republicans could not vote because there were no ballots for Republicans. Big League Politics presents an incredible piece of citizen journalism showing poll workers in the heavily Democrat district admitting to the very serious problem.

“This video was provided by Jason Mariner, the Republican in the race,” patriot organizer Chris Nelson told Big League Politics. “This guy in the video was going to vote for the Republican primary. They had NO Republican ballots. This district is about 80 percent Democrat. Then he went back with video and they had found GOP ballots. But when he first went they had NONE. You can hear them admitting it on tape. That district is the most corrupt in the United States of America.”

The general special election in this district will be held on January 11. Even the Democrat nominee in the race accused the primary process of showing “inconsistencies” including in Broward County. The citizen journalism video, presented below, transparently shows a clear-cut problem with the voting process.

“Let’s face it, parts of district 20 look like Third World countries,” 20th District Republican nominee Jason Mariner has stated. Mariner won his Republican primary in the special election on November 2 with more than 57 percent of the vote out of slightly more than 6,000 votes cast, despite the voting problem displayed above. Mariner is now running in the general election against Democrat Sheila Cherfilus-McCormick. The video above is stunning and inspiring because it shows how clearly a citizen journalist can capture election problems on tape.

“My wife is coming to vote. Will she be able to vote? Because she’s Republican also,” said an attempted voter who was filming the possible shenanigans on display, as a poll worker named Kevin assured him that his wife could vote. “So the Republican can vote here?”

“Why you told me before no?,” the citizen videographer says. Then, the poll worker named Kevin and a female poll worker both confirmed that the polling location had previously tried to stop Republicans from voting, allegedly due to an error on the polling places’ part.

“We just found out we didn’t have a ballot for that, and now we have ballots for that. But now you can vote. See? Just as you was coming in, we just found this out…We didn’t know,” Kevin pleaded.

“Yeah but you told me before the Republicans cannot vote here,” said the citizen videographer.

“At the time. At that time” — Kevin stuttered as a female poll worker entered the scene.

The female poll worker said “we apologize,” noting, “We was not aware that we had a ballot for you. Okay? We just located the ballot for you as you came in…We apologize for earlier. Okay? All right…We’re learning as we go as well.”