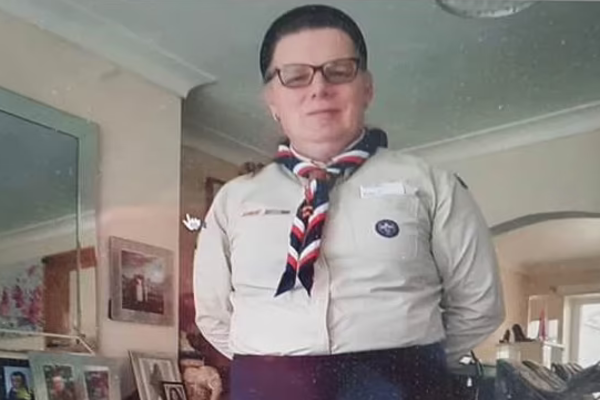 “The safety and wellbeing of our members is our absolute priority,” Girlguiding CEO Angela Salt said in response to the controversy. “We follow rigorous recruitment and vetting procedures, have clear policies, and a volunteer code of conduct which volunteers are expected to follow to keep our members safe.”

“Girlguiding is aware of concerns raised. We are looking into this as a matter of urgency and will provide the necessary support and action in line with our compliance procedures,” Salt added.

“While Girlguiding framed their policies as being directed towards including and supporting children, they tip-toed around the fact they were also allowing adult males who identified as women to take leadership positions within the organization (sic) in proximity to and control over the youth,” Slatz wrote.

Slatz also pointed to a letter signed by Sulley complaining that lesbians were protesting transgenders at a 2018 Pride March. The letter was written by transgender politician Aimee Challenor, who once ran for deputy leadership of the Green party. Challenor was suspended by the Green party after allowing his father David, who was convicted of raping and torturing a ten-year-old girl, as his election agent.

Big League Politics has reported on the growing feminist opposition to the transgender movement as it opens the door for abusers to prey on women:

“A feminist organization, the Women’s Liberation Front (WoLF), is suing the California Department of Corrections and Rehabilitation (CDCR), the secretary of the department, and two jail wardens over complications from housing “transgender” male inmates in female jails.

They allege that these psychotic policies have resulted in many sexual assaults of female inmates, various physical attacks, and a great deal of “psychological distress.” These policies have arisen due to a law signed by Gov. Gavin Newsom last year that mandated for the CDCR to house transgender, gender-nonconforming and intersex (TGI) individuals in a manner that matches their gender identity.”

“Any man who does not ‘identify’ as ‘exclusively male’ has the right to be housed with women, many of whom have been traumatized by male violence in their past, and some of whom have been victimized physically or sexually by violence perpetrated by men who claim a ‘transgender’ identity,” WoLF’s complaint states.

“Hundreds of men have applied for transfers to women’s prisons, and dozens have already been transferred,” the organization claims. “These transfers have resulted in intimidation, sexual harassment, physical assaults, and sexual assaults committed by the men against female inmates.”

Big League Politics has reported on the mass insanity that is arising from the LGBT movement, which is allowing predatory perverts avenues to victimize people on a previously unforeseen scale.“

As the LGBT movement becomes more dominant throughout society, it becomes obvious as to how it is opening the door for exploitation. The growing feminist backlash against the transgender community is emblematic of this growing awareness.