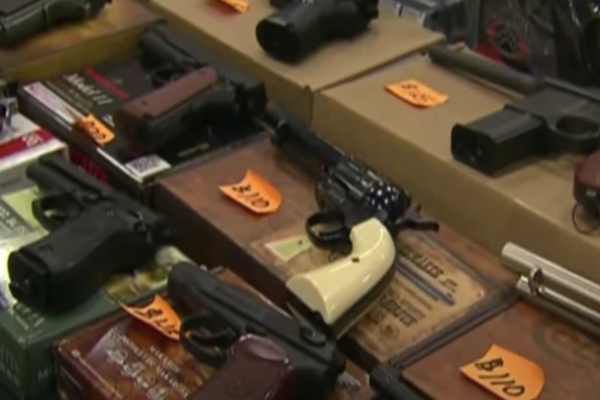 (bigleaguepolitics) – In present-day America, the entire landscape is a political battlefield. In fact, politics doesn’t end when lawmakers adjourn their legislative sessions. One of the most popular forms of waging political warfare that the Left uses against the Right is doxing — publicly disseminating private personal information about an individual or organization through the internet. John Petrolino at Bearing Arms called attention to how The Boston Globe is advocating for the doxing of gun owners in the wake of an alleged hate crime that took place in Winthrop, where a gunman killed two people.

The editorial board at The Boston Globe alluded to examples in California and New York where journalists doxed gun owners through the publication of their personal information. In the piece, The Boston Globe stated the following:

That lack of public information about gun permit-holders makes it harder to judge how well the police chiefs who issue those permits are using their authority, and to hold them accountable when they make the wrong call. The shooter, who was gunned down by police, had a license to carry. Yet little is known about who the licensing authority was in this case and how that decision was made.

The whole purpose of the Globe’s suggestion is to erode the privacy rights of gun owners and make it easier for unaccountable bureaucrats and malignant non-state actors to harass lawful gun owners. Petrolino is correct in noting that the publication of gun owner information will create a “chilling effect” on potential gun owners, as they realize they could be subject to harassment given the public nature of their information. As a result, they will opt to not acquire firearms, let alone concealed carry licenses that could have sensitive information open to the public.

Such information can be useful for potential gun confiscation attempts by activist governments, because as gun owners know all too well, registration is the first step towards gun confiscation.

The importance of the right to bear arms, and the need to keep gun ownership information private, is a sensitive matter in a time of social unrest. People are buying firearms and ammo in droves because they correctly view the situation in America as patently unstable.

The suggestion by The Boston Globe editorial board shows how out of touch coastal elites can be with regards to foundational issues like the Second Amendment. Lawmakers in red states should work proactively to defend gun owners from violations against their privacy and keep sensitive information away from the general public and government bodies.