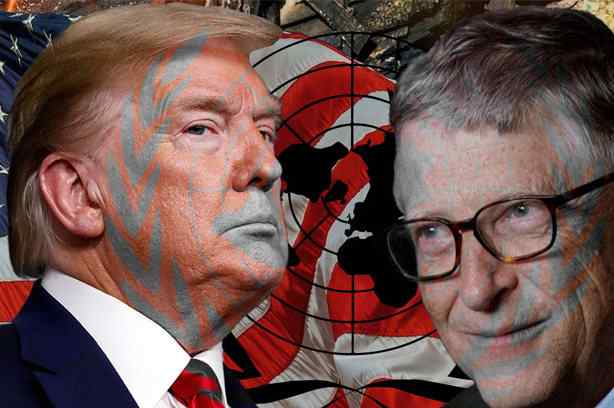 In this emergency Saturday report, Alex Jones lays out the latest development in the globalist plan to create a worldwide depression and destroy America forever

(Infowars) – Alex Jones brings you this live emergency Saturday report to break down how President Trump revealed he finally knows the diabolical United Nations plan to keep America in a permanent state of lockdown using the coronavirus hoax.

People may have to take multiple doses of a coronavirus vaccine for it to be effective against the virus, Bill Gates has said.

The former Microsoft CEO-turned philanthropist has been at the forefront of promoting a vaccination campaign targeting the entire planet, with the Bill & Melinda Gates Foundation calling for global cooperation to administer COVID-19 vaccines to as many as 7 billion people.

“None of the vaccines at this point appear like they’ll work with a single dose,” the billionaire said, speaking to CBS Evening News. “That was the hope at the very beginning. Maybe one of them, particularly in the second generation will surprise us. We hope just two, although in the elderly, sometimes it takes more. So making sure we have lots of elderly people in the trial will give us that data.”

Gates’ Foundation is known to be supporting research into at least seven separate vaccines, and has committed hundreds of billions of dollars toward this effort.

Commenting on reports about severe side effects of Moderna’s vaccine, including chills, headaches, fatigue and muscle pain, Gates insisted that “some of that is not dramatic where it’s just super painful, but yes we need to make sure that there’s not severe side effects. The FDA I think will do a good job of that despite the pressure.”

Praising US government support for private vaccine research, Gates said his foundation is “partnered with” the state in working with companies, including scalability “so that not just the US but the entire world gets the vaccine.” According to the philanthropist, given “the US government’s traditional generosity in global health,” it’s possible that the next federal coronavirus-related support funding package may include funds for global vaccination programs.

Gates said he expects some “good vaccine tools” to become available in 2021. “The private companies have stepped up. The science has been advanced. The US funds biological research more than any other country. We’ve stepped up to fund these vaccine manufacturers. The plants are being worked out now. In 2021 there’s a good chance this can get done.”

Gates vs. the Coronavirus

The tech billionaire’s enthusiasm regarding the coronavirus issue from the beginning of the pandemic has led to praise from some quarters. However, some Americans have also questioned his motives, with as many as 40 percent of self-described Republicans and Fox News viewers believing a conspiracy theory that Gates seeks to use a COVID-19 vaccine to implant microchips into billions of people. Others fear that the billionaire may try to use vaccines as a form of population control via the secret sterilisation of people who take the medication.

Gates himself has brushed off these conspiracy theories, calling the microchip theory “so stupid or strange that to even repeat [it] almost seems to give it credibility.” He also warned that widespread belief in such theories could lead to fewer vaccinations, and hence reduce the effectiveness of any vaccine.

Many Americans generally have expressed hesitation regarding coronavirus vaccination. In May, polling by the AP-NORC Center for Public Affairs Research found that only 49 percent of American adults surveyed planned to get vaccinated once this becomes possible, with 20 percent more saying they would not be vaccinated, and another 31 percent saying they were unsure what to do.