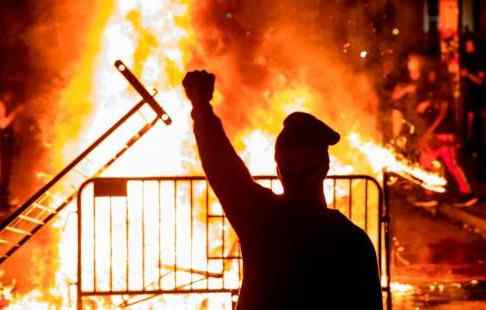 (Gateway Pundit) – What could the Democrats possibly be thinking? Their new policy for social justice is to slander the police, defund the police, close prisons and set criminals free.

What could possibly go wrong?

On July 8th we reported that radical leftists have pushed through a proposal to shut down one of two St. Louis City jails labeled ‘The Workhouse’. They claimed this will save money but these radical liberal socialists never care about taxpayers’ money nor do they care about the safety of local citizens.

This appears to be a trend and a priority for Democrats today. They want to slander the hard work and integrity of police officers, defund the police so they can’t do their jobs, close prisons and set criminals free.

This will no doubt result in an increase in crime and the further destruction of great US cities.

We have seen how Democrats want to slander the police around the country as being murderers and criminals – nothing could be further from the truth. The police across this great nation are some of the most honest, hardest working, God-fearing and just members or our society.

The Democrats then use these lies to promote policies to defund the police allowing for more crime going unchecked. This is happening around the country and specifically in Los Angeles and New York, two of America’s largest cities.

Democrats also want to set criminals free. They are using the China coronavirus to do so currently. Of course unless your name is Roger Stone and you are a friend of President Trump, in that case Obama judges like Amy Berman Jackson mandate you go to prison.

Finally, Democrats want to close prisons. We saw this in St. Louis. Now Seattle is pushing the same.

Reporter Christopher Rufo reports on actions in Seattle to close the prisons there:

The document begins by claiming that the justice system is built of a foundation of "racism," "white fragility," and "white supremacist culture." They say that whites have a "need to control" and have designed "social conditions" to "oppress People of Color." pic.twitter.com/YWGQ9y7YuU

Next, the government defines "white culture" as one that focuses on the corrupt and racist values of "individuality," "meritocracy," "linearity," "progress," "objectivity," and "the written word." pic.twitter.com/NGcLgxxsVc

According to my source, during the meetings, King County legal staff repeatedly called the county court system a "white supremacist organization" and even declared that light-skinned emojis in emails are racist symbols of "white approval."

Democrats want chaos and crimes. They want the America that we know and love destroyed. They are willing to do anything for power.

This is why it is imperative to vote for President Trump in November.

President Trump is the law and order President.