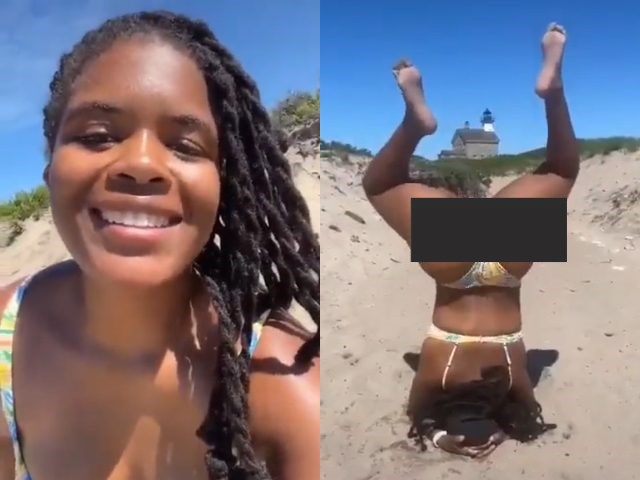 (breitbart) – Rhode Island State Sen. Tiara Mack, a Democrat representing District 6, opted to encourage Rhode Islanders to vote for her by posting a video of herself twerking upside down in a bikini, describing it as a “promised senator thirst trap.”

Mack, a self-described queer “reproductive rights activist” who supports the Green New Deal and gun control, posted the video to TikTok on the Fourth of July.

The selection features the politician twerking upside down in a bikini and contains the caption “a promised senator thirst trap at Block Island .”

In another Independence Day video, Mack asks, “How many nip slips am I allowed to get on the Fourth of July?”

“You already have three,” another woman shouted.

Mack then posted a series of videos responding to comments of her twerking video, defending her actions.

“I don’t ever wanna hear you complain abut how ‘women aren’t respected I this country’ after posting this,” one commenter said.

In another, she expressed confidence that such content will get her reelected because her constituents “freaking love that I’m a real person and fun and not a robot.”

She later said she was trying to determine the “point of envy” that “these people are mad at.”

“Is it the Ivy League degree? Is it the sitting state senator? Is it like the bodacious body? Because like the hate is real and abundant,” Mack added.

She continued the same defense on Twitter as well, seemingly feigning wonder as to why her post got so much reaction: