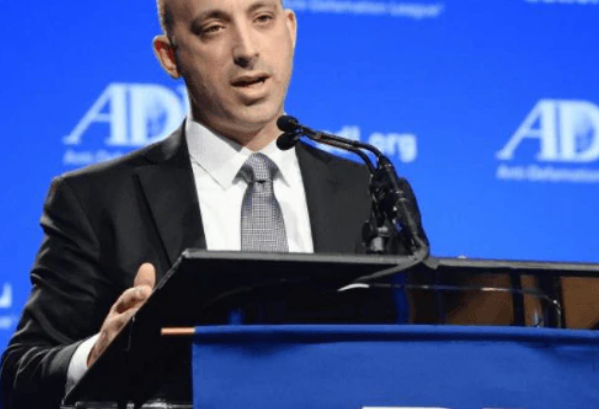 (bigleaguepolitics) – PayPal Holdings Inc. and the Anti-Defamation League on Monday announced a partnership aimed at ‘fighting extremism and hate’ in the financial system.

The initiative will cut off financial networks for those that “support extremist and hate movements.”

“All of us, including in the private sector, have a critical role to play in fighting the spread of extremism and hate,” said Jonathan Greenblatt, CEO of the Anti-Defamation League.

Greenblatt continued his unsettling speech, explaining that destroying one’s financial abilities will help teach his own desired social issues to the masses.

“With this new initiative, we’re setting a new standard for companies to bring their expertise to critical social issues,” he added. “We have a unique opportunity to further understand how hate spreads and develop key insights that will inform the efforts of the financial industry, law enforcement, and our communities in mitigating extremist threats.”

Greenblatt did not define exactly what a ‘hate’ or “extremist threat” is in any of his statements.

Fox News reached out to PayPal and ADL to ask how a person, business, or group is determined to be a supporter of extremist and hate movements and received no response.

This comes to admit a wide crackdown against almost exclusively conservative voices around the country, with former President Donald Trump having been entirely removed from Facebook, Twitter, and Instagram. Many conservative voices on social media have suffered a similar fate.

Big League Politics has reported on big tech censorship and abuse in the past from both government and the private sector alike, with the Biden regime proudly proclaiming their work in censoring and tracking those who dissent by spreading their version of ‘misinformation.’

Republicans in Washington, D.C. have continued to provide no solutions nor legislation in order to address the continued de-platforming of both Trump and other conservatives.