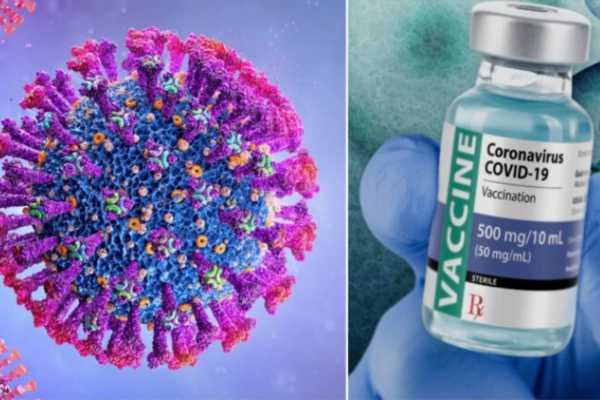 (bigleaguepolitics) – An analysis in California has shown that counties with above-average vaccination rates have higher COVID-19 case totals, which drives a stake through the heart of the propaganda line that the unvaccinated are causing a new wave of cases.

The Bay Area News Group discovered that he counties of Los Angeles, San Diego, Alameda, Contra Costa, and San Francisco have a higher percentage of people who are fully vaccinated than the state average as well as a higher average daily case rate.

Meanwhile, the counties of Modoc, Glenn, Lassen, Del Norte, and San Benito have below average vaccination rates and are seeing a decline in cases. The so-called experts are attempting to make excuses for these findings in order to coerce support for the vaccine regime.

“If there are a lot of people around you’re more likely to bump into one who has COVID,” UCSF infectious disease expert Dr. Phillip Norris said.

Norris blames the delta variant for the vaccines’ lack of effectiveness in preventing the spread of COVID-19 spreading from recipients of the jab.

“If that’s the case, even a little bit in somebody who’s vaccinated could be a lot,” he said, referring to news that the Delta variant may contain 1,000 times the viral load in the nose than previous variants.

Big League Politics has reported on how the delta variant is being used as an excuse for vaccine failure as well as a tool to spread more fear to the confused and beleaguered masses:

“National Institute of Allergy and Infectious Diseases (NIAID) Director Dr. Anthony Fauci is warning that there will be “two types of America” if more Americans do not get jabbed with the experimental COVID-19 vaccine.

Fauci is fearmongering about the so-called Delta Variant, which has been pushed relentlessly by the public health “experts” to induce vaccine compliance.

“No vaccine is perfect. But when you talk about the avoidability of hospitalisation and death, it’s really sad and tragic that most of these are avoidable and preventable,” Fauci continued.

“… Because of the variability among people and their response to vaccine, you’ll see some who are vaccinated and still get into trouble and get hospitalised and die. But the overwhelming proportion of people who get into trouble are the unvaccinated. Which is the reason why we say this is really entirely avoidable and preventable,” he added.“

The unvaccinated will continue to be blamed for the rise in cases despite this news. COVID-19 has ushered in a technocracy where the truth has no effect on reality anymore. Welcome to the Orwellian Nightmare.