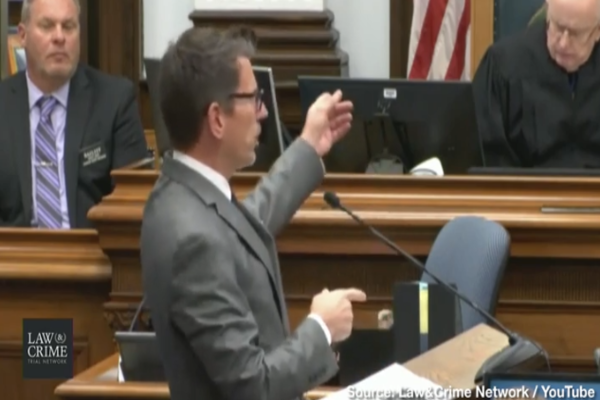 (breitbart) – Thomas Binger — the lead prosecutor in the murder case against Kyle Rittenhouse — used the 18-year-old’s raw emotions on the witness stand last week as a knock against his character during closing arguments Monday.

“He showed no remorse for the victims, he never tried to help anyone that he hurt,” Binger, who serves as assistant district attorney in the Kenosha County District Attorney’s Office, said during closing arguments Monday. “Even on the witness stand — when he testified on Wednesday — he broke down crying about himself, not about anybody that he hurt that night.”

“No remorse, no concern for anyone else,” Binger continued. “For him to call himself a medic is an insult to anyone like Gaige Grosskreutz, who spent hundreds of hours training and working hard to become an EMT.”

Attorneys presented their case last week against Rittenhouse, who is charged with reckless homicide in the first degree for killing two men last year during protests in Kenosha, Wis., after the police shooting of Jacob Blake.

Before opening arguments were to begin, Schroeder dismissed one of the lesser charges against Rittenhouse — a misdemeanor count of illegal possession of a dangerous weapon by a person under 18. The count was considered by some experts as the charge most likely to bring a conviction.