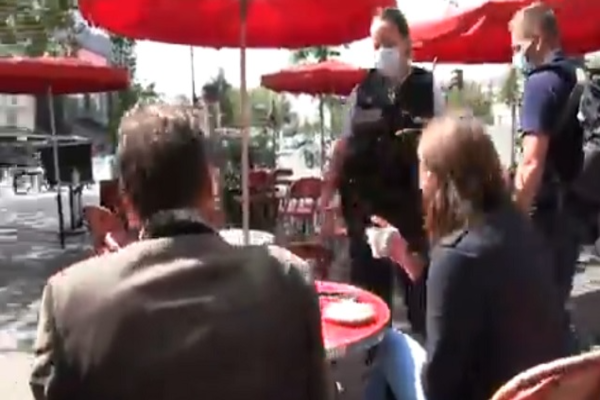 (IL) – Reuters on Monday shared video of police in Paris going from diner to diner at outdoor cafes and restaurants demanding to see everyone’s vaccine passports.

The “Health Pass is mandatory as of today,” Reuters reported.

Scofflaws face fines anywhere from 135 euros “up to 9,000 euros in the event of a repeat offense.”

These same cops wouldn’t dare go into a migrant no-go zone and demand proof of citizenship. Such rules are only for the plebs.

The French have been staging massive protests against this control scheme over the past week.

In Italy, where the same control scheme is being rolled out, folks last week were seen burning green “vaccine passports” at one of many protests.