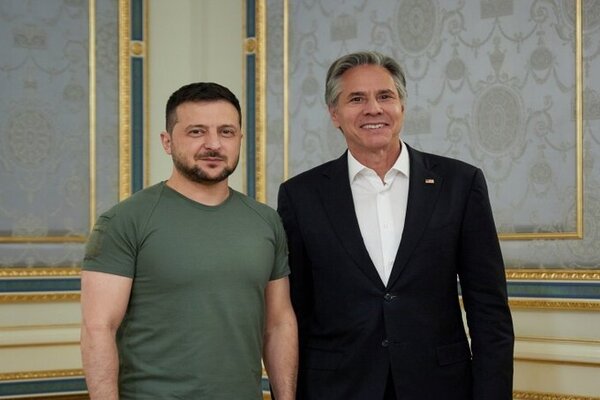 (breitbart) – Ukraine is reportedly on the precipice of a major victory, with its counter-offensive around the eastern city of Kharkiv (Kharkov) unexpectedly putting the Russian army on the back foot.

According to British intelligence, Russian forces appear to have been “taken by surprise” by the Ukrainians, who have reportedly advanced “up to 50 kilometres (31 miles) into previously Russian-held territory on a narrow front.”

A Saturday morning intelligence briefing said that the Kharkiv front was only “lightly held” by Russian forces which had moved elsewhere, apparently under the assumption that Kharkiv would not be the focus of the Ukrainian counter-offensive.

To make matters worse for the Russians, a large force, perhaps in the thousands, of soldiers, has become “increasingly isolated” around the city of Izium (Izyum), leaving them potentially vulnerable to being captured by Ukraine.

While the Kremlin has been quiet about the apparent Ukrainian gains, former FSB intelligence officer and military leader Igor Girkin said that Russia only has one or two days to mount a counter-attack at Izium or they could be forced to flee.

Girkin, who played a key role in the 2014 Russian annexation of Crimea, reportedly wrote on his Telegram account: “The question of the time of the counter-attack is very acute: if the enemy manages to gain a foothold in the positions reached, pull up artillery and air defence, then it will be extremely difficult for our units to throw him back …. if at all (given the extremely low staffing, especially infantry).”

Should the thousands of troops actually be fully encircled and captured by the Ukrainians, it would represent one of the largest battlefield defeats for the Russians since the Second World War.

British intelligence went on to say that Ukrainian forces may also be on the verge of taking the town of Kupiansk, which is a critical point as it is located along the Russian supply line to the Donbas front.

“With Ukrainian operations also continuing in Kherson, the Russian defensive front is under pressure on both its northern and southern flanks,” the briefing said.

In his evening address, Ukrainian president Volodymyr Zelensky claimed that his forces have taken control of 30 previously Russian-held settlements in and around the Kharkiv region since the beginning of the counter-offensive, which was launched earlier this week.

“In part of the villages of the region, actions to check and secure the territory continue, we are gradually taking control of new settlements – everywhere we are returning the Ukrainian flag and protection for all our people,” Zelensky said.

“We are moving forward,” General Valeriy Zaluzhnyi, commander of Ukraine’s armed forces, wrote in a Facebook update on Friday afternoon. “We clearly know what we are fighting for and we will definitely win.”

According to the BBC, Vitaly Ganchev, the Russian-installed administrative leader in the Kharkiv region, acknowledged that Ukraine has achieved a “significant victory,” saying: “The very fact of a breach of our defences is already a substantial victory for the Ukrainian armed forces.”

The apparent military success of the Ukraine side comes as the United States has pledged another $2.8 billion in military aid this week, including $675 million in direct shipments of weapons, ammunition, and other military supplies. The aid package also includes another  $1 billion in loans for the Ukrainian government to purchase more munitions from America.

In addition, President Joe Biden’s State Department went on to approve $1.2 billion for 18 other nations in the region, including the Baltic States, which allegedly face the prospect of Russian aggression as well.

Ukraine also saw a show of support from Germany, with Foreign Minister Annalena Baerbock making a surprise visit to Kyiv on Saturday morning.

“I have travelled to Kyiv today to show that they can continue to rely on us,” she said. “That we will continue to stand by Ukraine for as long as necessary with deliveries of weapons, and with humanitarian and financial support.”

The Green Party politician drew criticism earlier this month after saying that despite the economic havoc that the sanctions war with Russia has caused for Germany, the government will not waver in its support of Ukraine “no matter what my voters think“.