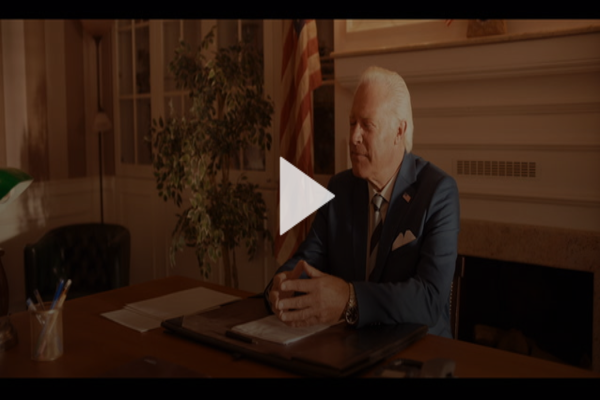 (breitbart) – My Son Hunter director Robert Davi joined Friday night’s broadcast of Fox News’ The Ingraham Angle to debut an exclusive clip featuring Gina Carano (The Mandalorian, Dead Pool, Heist), Laurence Fox (Victoria, Inspector Lewis, The Professor and the Madman), and John James (Dynasty). In the clip, Carano, who was very publicly canceled by Disney from her role in the Mandalorian, plays a Secret Service agent who essentially narrates the film, breaking the 4th wall and leading the audience through the Biden family’s corrupt dealings with Ukrainian energy company Burisma.

Host Laura Ingraham then spoke with My Son Hunter director, Robert Davi. Ingraham noted that Hunter Biden’s life “is basically perfect for a Hollywood movie except unlike Hunter with his many prostitutes, Tinseltown just isn’t going to touch it.”

Davi went on to explain how much of the story was based on well researched sources and real life material. “The script was pretty well researched, you had Peter Schweizer’s book, you had the laptop from hell, you had beautiful things which I read, you had Hunter Biden’s own autobiography, and the screenwriter and [producer] Phelim McAleer and people from the Unreported Story Society had done a lot of research, and then I did when I got the film to direct.”

Davi continued: “As the film says Laura, it says, ‘This is not a true story except for all the facts.’ So we used a lot of their own words, a lot of their own situations, but now it’s dramatized in a different way and with a satirical aspect to it.”

Davi recalled that while production was on location in Serbia, they received a strange visitor claiming to represent a documentary film crew that wanted to shoot some footage.

“I was suspicious of that,” Davi said. It later turned out that the visitor was actually Hunter Biden’s attorney, he said. “What their motive was I have no idea. But they showed up on the set under the auspices of being a documentary film crew.”

Ingraham concluded the segment noting that the mainstream media’s negative reviews of My Son Hunter are only encouraging people to watch the movie. In fact, the establishment media reviews hitting the film are essentially the film’s imprimatur.

“I think they don’t realize that when left-wing media criticizes a film like this, it just sends independents and conservatives to watch the film. They don’t seem to get that.”

My Son Hunter marks Breitbart’s expansion into film distribution. It was produced by Phelim McAleer and Ann McElhinney (Gosnell Movie, FBI Lovebirds: Undercovers) from the Unreported Story Society, and directed by Robert Davi (Goonies, License to Kill, Die Hard). The film is available RIGHT NOW for Streaming and Downloading at MySonHunter.com.

The trailer below has been viewed almost 5 million times across social media.