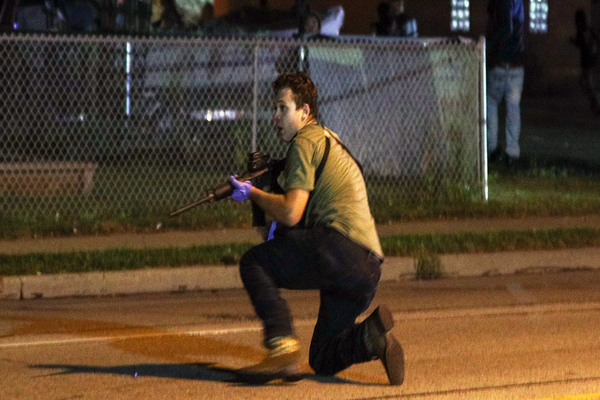 (breitbart) – Twitter has locked the account of another member of the legal team of Kyle Rittenhouse, the 17-year old who is facing murder charges after killing two members of a mob of rioters that attacked him in Kenosha, Wisconsin.

Pierce, who as Rittenhouse’s attorney, is expected to defend the reputation of his client, said on Twitter that “Kyle Rittenhouse will go down in history alongside that brave unknown patriot at Lexington Green who fired ‘The Shot Heard Around The World’ on April 19. 1775.”

This came just a day after Twitter did the same to Lin Wood, another member of Rittenhouse’s legal team. Wood, who previously won multi-million dollar payouts for clients Richard Jewell and Nick Sandmann, threatened to “take Jack Dorsey’s a** down” following the act of censorship.

“It is against the Twitter rules to condone or glorify acts or perpetrators of violence,” said the spokeswoman. “Our teams are proactively reviewing and taking action on Tweets that glorify violence. These Tweets will need to be removed by the account owners before they can continue to use Twitter; accounts dedicated to or repeatedly sharing this type of content will be suspended.”

Twitter has also censored the accounts of journalists and political writers who have tweeted in support of Rittenhouse, including the Gateway Pundit’s Cassandra Fairbanks, and Pedro Gonzalez, an editor for the pro-Trump commentary website American Greatness.

Allum Bokhari is the senior technology correspondent at Breitbart News.

His upcoming book, #DELETED: Big Tech’s Battle to Erase the Trump Movement and Steal The Election, which contains exclusive interviews with sources inside Google, Facebook, and other tech companies, will be released on September 22 and is currently available for preorder.