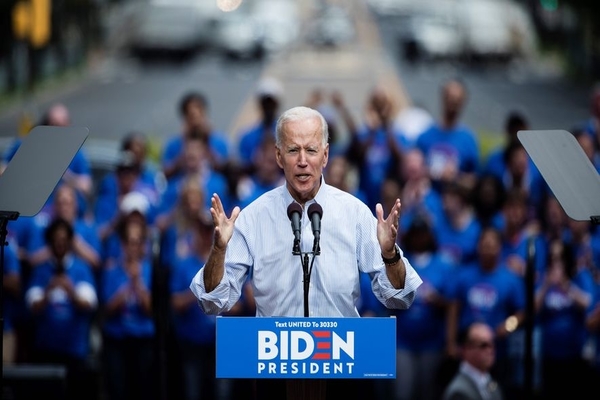 ( breitbart ) – Edward-Isaac Dovere, a reporter for The Atlantic, did not deny coordinating a question about Trump’s “soul” with Joe Biden’s presidential campaign, which selected him to ask the first question during a rare press availability on Friday.

The Atlantic is the publication that published a story Thursday evening claiming that President Donald Trump had referred to Americans who died in the First World War as “losers” and “suckers.” The story was based on four anonymous sources. It has since been rejected or refuted by nearly a dozen on-the-record sources, including some Trump critics, like John Bolton.

Biden led a press conference on the economy by commenting angrily on the story, “if these statements [by Trump] are true.”

After his remarks, Biden turned to his staff, who selected Dovere to ask the first question. He asked: “When you hear these remarks — ‘suckers,’ ‘losers,’ recoiling from amputees — what does it tell you about president Trump’s soul, and the life he leads?”

Biden took the question as a cue to launch another attack on the president.

Dovere faced criticism from the Trump campaign, and defended himself on Twitter:

The following exchange with this reporter then ensued:

As of this writing, Dovere has not responded.

Most of the other questions at the Biden press conference were similarly helpful to the candidate.

There were no questions about Biden’s proposed economic policies — which, ostensibly, was the topic of the press conference.