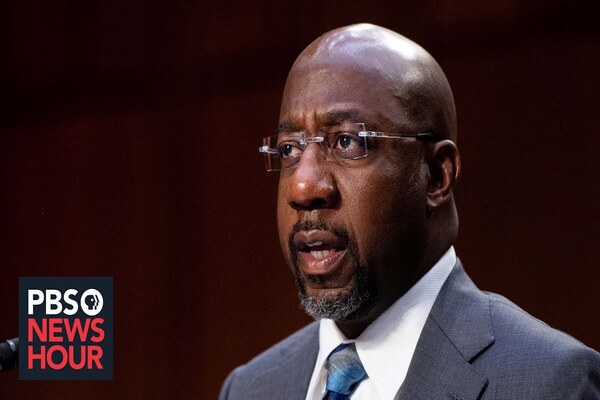 (breitbart) – Sen. Raphael Warnock (D-GA) has spent over $61,000 in campaign funds to pay for child support.

The payments have not been without issue, however, as Warnock’s ex-wife Oulèye Ndoye has sued the Democrat to modify the custody arrangement with their children, as well as alleging  Warnock had “failed and refused to reimburse” her for childcare expenses.

Ndoye alleges Warnock is in “willful contempt” of the childcare agreement and asks a judge to give her additional custody over the children as she moves to Massachusetts to complete a program at Harvard University.

Warnock also allegedly spends little time with his children when he has them, leaving them often with nannies, and many of the campaign expenditures used for childcare go to Bright Start Nanny Services.

As Breitbart News reported, the Peach State Democrat used campaign funds to pay for legal expenses in a personal lawsuit.

“Warnock used campaign cash to cover the legal expenses for a lawsuit relating to his time as a church minister in 2005,” the report said. “The case was filed in 2019 by an Atlanta resident, Melvin Robertson, with allegations dating back to 2005.”

The FEC allows campaign money to be spent on “litigation expenses where the candidate/officeholder was the defendant and the litigation arose directly from campaign activity or the candidate’s status as a candidate,” but not on personal use.

These developments come as Warnock is running for a full, six-year term in Georgia — a race certain to be one of the most highly contested and watched battle in the 2022 midterms.