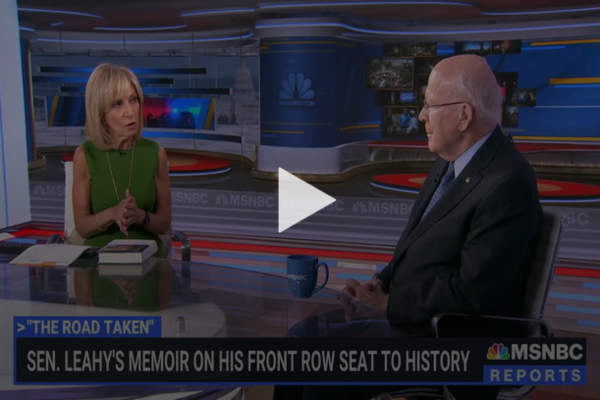 (breitbart) – Outgoing Sen. Patrick Leahy (D-VT) said Tuesday on MSNBC’s “Andrea Mitchell Reports” that former President Donald Trump “could end up being indicted” for the documents that were removed from his Florida estate by the FBI during a raid earlier this month.

Mitchell said, “Talk about your reaction to The New York Times reporting that the former President Donald Trump had more than 300 documents stored at Mar-a-Lago over the months and months of trying to get cooperation.”

Leahy said, “In some ways, it’s inconceivable that any former president would do that until you stop and think here is a man who just did not care for the law. He is asking the military, ‘These protestors, can’t you just shoot them in the legs or things like that?’ Can you imagine any president, Republican or Democrat, asking something like that? He felt that he was above the law. I guess he still feels that, but he could end up being indicted for this. These papers presidents are very careful to make sure they’re given to somebody who archives them, blocks them up, puts them in the national archives.”

Mitchell asked, “Could you understand why he would not only want to bring documents such as this, the most secret documents we have, including in the first batch eventually turned over in January? What use could he have?”

Leahy said, “I really don’t know what motivated him to do it unless it is just hubris, arrogance. It makes no sense. Then when he’s asked to turn it back, never turned it back. He had his lawyers say, ‘Oh, we checked it’s going on back.’ Well, they hadn’t.”