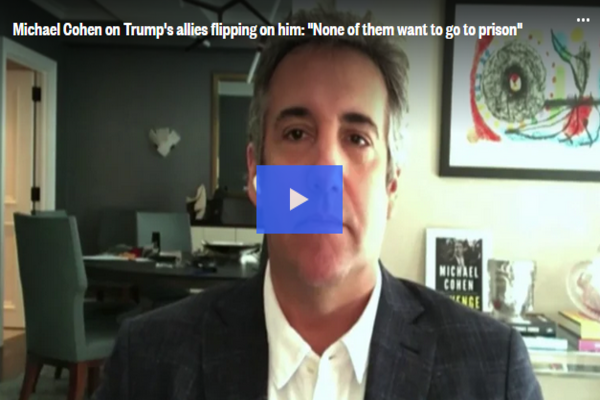 Cohen predicted that all of Trump’s allies from his time in the White House would flip on the former president because “none of them want to go to prison.”

“Look, I don’t know what Mike Pence knows, other than to say he probably knows everything,” Cohen outlined. “But, in your previous segment, you were talking about flipping Mike.”