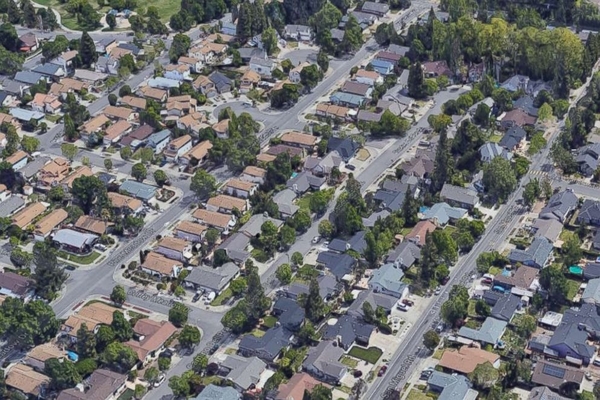 (breitbart) – The focus of President Joe Biden’s $2.3 trillion infrastructure bill is allegedly to address aging infrastructure across the country, but the massive bill covers a vast amount of other spending, including money for “diversifying” neighborhoods.

According to the White House Fact Sheet, the housing effort is “an innovative new approach to eliminate state and local exclusionary zoning laws, which drive up the cost of construction and keep families from moving to neighborhoods with more opportunities for them and their kids”:

“For decades, exclusionary zoning laws — like minimum lot sizes, mandatory parking requirements, and prohibitions on multifamily housing — have inflated housing and construction costs and locked families out of areas with more opportunities,” the fact sheet states. “President Biden is calling on Congress to enact an innovative, new competitive grant program that awards flexible and attractive funding to jurisdictions that take concrete steps to eliminate such needless barriers to producing affordable housing.”

“[Biden] is calling on Congress to pass the innovative, bipartisan Neighborhood Homes Investment Act (NHIA). Offering $20 billion worth of NHIA tax credits over the next five years will result in approximately 500,000 homes built or rehabilitated, creating a pathway for more families to buy a home and start building wealth.”

Reuters reported on the shift from free markets to government control:

President Joe Biden is seeking to ease a national affordable housing shortage by pushing local governments to allow apartment buildings in neighborhoods that are currently restricted to single-family homes.

The $5 billion plan could inject the White House into a debate pitting older homeowners against younger workers seeking to gain a foothold in the most expensive U.S. cities, where many families spend a third or more of their income on housing.

The proposal, which would provide financial incentives to local governments that change zoning laws restricting many neighborhoods to single-family homes, is an example of the sort of broad social policy changes Democrats are including in Biden’s $2 trillion infrastructure bill.

Biden’s plan even designates which workers will benefit from this housing project — “put union building trade workers to work upgrading homes and businesses to save families money,” the Fact Sheet states.

“I’m interested in this idea of using money to either reward or even to change local capacity and even laws on the ground sometimes by running the competitions,” Klein said. “In the housing section of the bill, you want to build a ton of new housing, but it’s also connected, at least in some cases, to getting cities to change their zoning laws, such that it is easier to build that housing.”

“Yeah,” Deese answered. “And just to be clear, this is not a federal pre-emption of local zoning laws or anything. In fact, these are ideas that build off ideas that, again, Republicans and Democrats have at least put forward congressionally over the course of the last couple of years.”

“The idea is, basically, we need to build more housing in the U.S. in the right places. And if we can do that, it has an important economic multiplier, because it allows people to move to opportunity and move to jobs that are potentially ladders into higher-paying careers in areas where those jobs exist,” Deese said. “Part of the opportunity in doing that is to have more enlightened zoning policies at the local level. But using investment can help sometimes get over the chicken-and-the-egg problem: Changing zoning policies to allow for development is harder to do if you don’t have some investment or some match to help fund the construction of that housing.”

“So the idea is relatively basic, which is to hold out that carrot but then put those resources in the areas where there’s going to be the biggest bang,” Deese said. “And in some cases, that’s going to be because you’ve gotten a change in zoning that would unlock more opportunity to build housing in the right places.”

Forbes magazine reported on Biden’s plan, which includes impacting neighborhoods that want to retain single family housing, which critics call NIMBY — Not in My Backyard — homeowners.

“This also leads to excluding low-income renters from communities that may have better resources [like schools],” Benoit says. “It remains to be seen if locales that have fought for decades to prevent affordable housing can be incentivized to change their ways, but it is worth a try and could have a substantial impact if successful.”