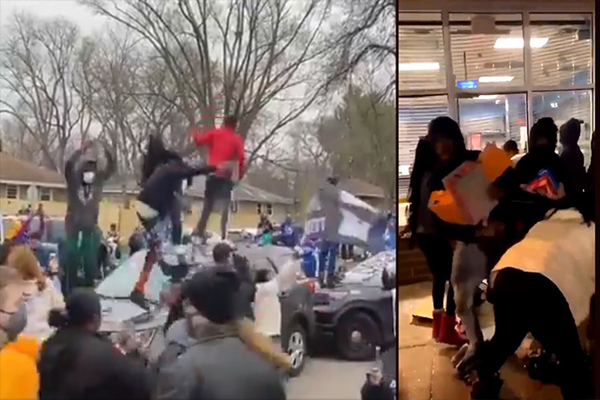 Rioters started looting at night to demand justice for what’s his name:

They gotta get them weaves:

The riots began after police shot a man with an outstanding warrant when he tried to flee during a traffic stop to avoid being taken into custody.

As we learned from last summer, any excuse to riot and loot will do.

The race is on to become the next BLM millionaire!

One can only imagine the devastation that will come this riot season now that BLM has raised $10.6 billion!

It’s just a matter of time before Corporate America dumps another $10+ billion into their coffers!