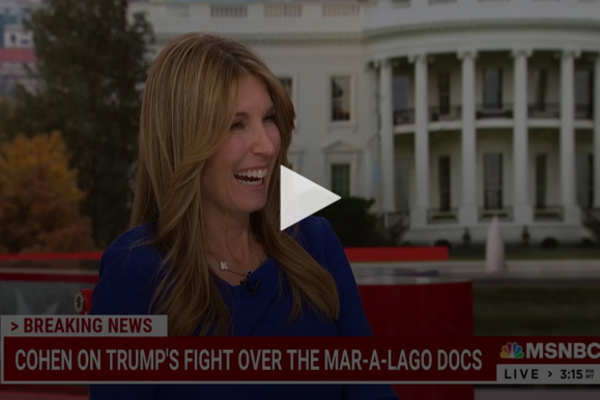 (breitbart) – Michael Cohen, a former personal attorney for Donald Trump, said Wednesday on MSNBC’s “Deadline” he would leave the country if Trump wins the presidency again.

Cohen said, “This is a whole new set of dynamics when it comes to dealing with a man who is legitimately the most powerful person on the planet and a guy who is a narcissistic sociopath who doesn’t care about anyone willing to do anything to protect himself. I also believe that you’re going to start to see the kids getting in big trouble, and you’ll see Trump throw them under the bus, too, because he just doesn’t care.”

Anchor Nicolle Wallace asked, “What do you think happens to you and your family if he’s president again?”

Cohen said, “I’m leaving the country. There’s no doubt about it, and I think so many people will have too also. There is an enemies list that Donald has that’s extremely long. It could be like up of those old sacred scrolls that just keep going from like one of those movies, and it’s dangerous because he’s an autocrat wannabe. He looks up to the people like Vladimir Putin.”

He concluded, “He’s managed to so far be able to escape liability, and everyone around him tangentially has been suffering, but I think it is coming to the end, and I think it will come to an end soon.”