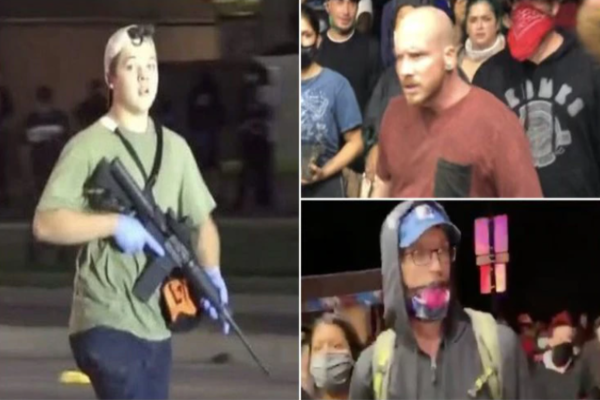 (bigleaguepolitics) – The state is moving to ban critical evidence from being considered by the jury in the murder case against Kyle Rittenhouse.

The prosecution does not want any critical information about the men Rittenhouse shot while being attacked at a Kenosha, Wisc. riot last year from being presented to the jury. They hope to ban the defendants from being called “looters” or “arsonists” or any other pejorative for participating in a riot and attacking Rittenhouse.

They also want the criminal history of the men shot by Rittenhouse from being revealed in the court of law, arguing that knowledge of the facts would “prejudice the status of these individuals” to the jury.

“There has never been a judicial determination that any of these individuals rioted, looted or committed arson on the night of Aug. 25, 2020,” the motion filed by the prosecution claims. “Further, the defendant deprived Mr. Rosenbaum and Mr. Huber of their ability to defend their reputations against these sorts of attacks when he killed them both.”

Big League Politics has reported on how two of the assailants shot dead by Rittenhouse had criminal records which included pedophilia and domestic violence:

“17-year-old Kyle Rittenhouse is being charged with first-degree murder and being called a racist domestic terrorist by Democrats for defending himself at a Black Lives Matter riot in Kenosha, Wisc. earlier this week.

However, the rap sheets of the supposed victims show that Rittenhouse was dealing with seasoned felons, not peace-loving protestors.

One man shot to death by Rittenhouse was 36-year-old Joseph Rosenbaum. Journalist Andy Ngo reports that Rosenbaum had a lengthy rap sheet that included a conviction for sexual acts with a minor before he met his maker.

Ngo also reported on the other two victims. 26-year-old Anthony Huber was also shot to death by Rittenhouse, and he was a serial domestic abuser. 26-year-old Gaige Grosskreutz was lucky to survive, having been shot in the arm by Rittenhouse. He is a member of the People’s Revolution Movement whose previous charges have included intoxication and gun possession.

Despite the fact that Rittenhouse fired at the dregs of society, Democrat politicians are lionizing the ANTIFA cretins and smearing Rittenhouse for defending himself.”

Similar to the ongoing Jan. 6 cases and the Derek Chauvin railroading, prosecutors are attempting to perform a Soviet-style show trial on Rittenhouse to make an example of him. They want self-defense to be punished as the controlled demolition of America is implemented at warp speed.