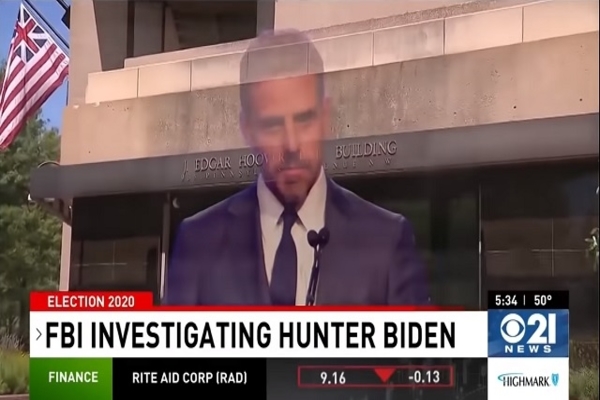 “Sinclair investigative reporter James Rosen reports the FBI opened an investigation into Hunter Biden in 2019 for money laundering and that the probe remains active,” RealClearPolitics reports.

If you’re a shill for the establishment, you’re allowed to commit all the crimes you please, so I doubt this will go anywhere.

That said, it’s remarkable how every last thing involving President Trump is leaked to the press instantly (the IRS even seems to have illegal leaked his tax returns) whereas this “active criminal investigation” into Hunter Biden was hidden until this week.