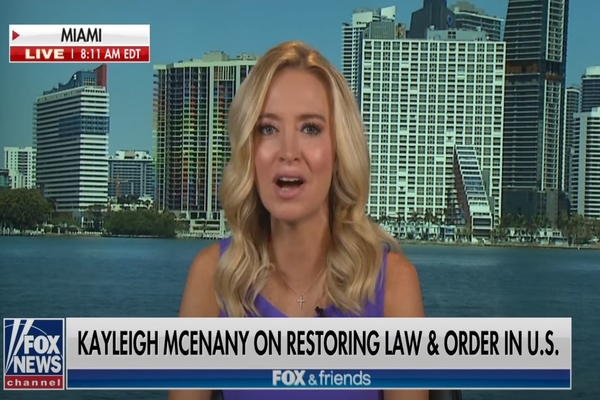 (dailyconservative) – White House Press Secretary Kayleigh McEnany just confirmed the rumors. The truth is out now and America is talking about it — and there are only a few days left until the most important election of our lifetime.

“As the New York Post noted today, this is a mob artist,” said McEnany on ‘Fox & Friends,’ referring to Twitter CEO Jack Dorsey’s censoring the Post’s story on the Biden family’s business deals. But that’s not all she said.

“This is a shakedown effort to say, ‘Delete the Hunter Biden story,’” McEnany continued. “The media won’t report on it. Social media will censor it.” She even said that “this is what happens in North Korea, not the United States.”

Strong words, to be sure, but an accurate description of the situation. Social media platforms like Twitter and Facebook need to decide whether they are open forums (with general guidelines) or publishers of content.

In fact, the Federal Communications Commission (FCC) is now heavily weighing a decision to remove special protections granted to social media platforms under what is known as Section 230.

Senate Judiciary Committee Chairman Lindsey Graham (R-SC) even said recently, “This is the beginning of the end of Section 230.” If it is kept in place, an individual “can’t sue a media company if they post something that libels you” or “if they censor your content.”