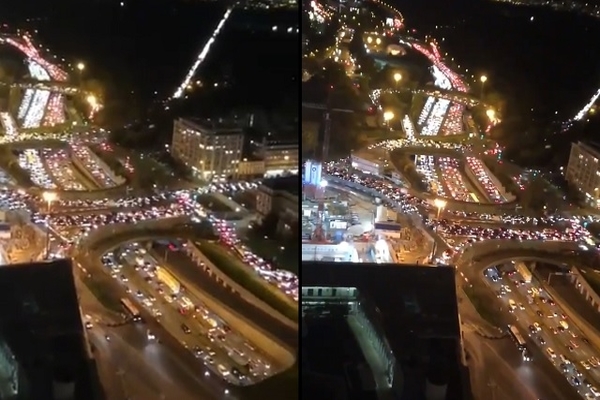 (informationliberation) – Video out of Paris on Thursday showed a massive traffic jam as Parisians attempted to flee the city ahead of a second tyrannical corona lockdown.

From BBC:
Traffic around Paris hit record levels just hours before a new national lockdown came into force across France.

People have been ordered to stay at home except for essential work or medical reasons.

President Emmanuel Macron said the country risked being “overwhelmed by a second wave that no doubt will be harder than the first”.

I wonder how much of this is related to the exploding tensions among the French and their large and increasingly hostile Muslim population.

The government might view locking the city down as a way to try and keep tensions from boiling over.