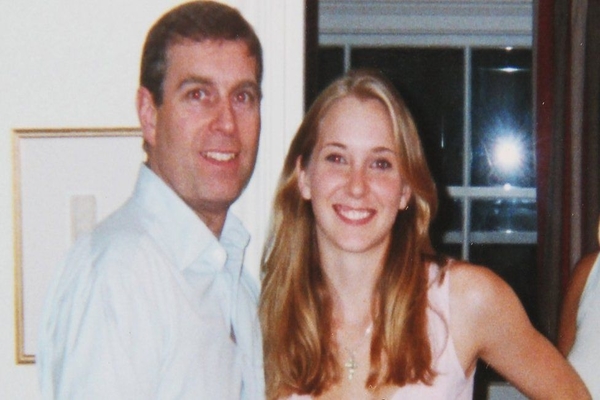 (the-sun) – THE Queen is reportedly spending millions of pounds to privately fund Prince Andrew’s fight against allegations of sex abuse.

The Duke of York, 61, is battling a lawsuit filed by Virginia Roberts Giuffre, 38, which claims he sexually abused her three times when she was 17. Andrew denies the offences.

The Duke of York is fighting against a lawsuit filed by Virginia Roberts GiuffreCredit: Getty – Contributor
The Queen, 95, is reportedly funding Andrew’s legal fight, The Telegraph understands, and is spending millions on her son’s defence.

Buckingham Palace chose not to comment when contacted by The Sun.

Her Majesty reportedly decided to pay for her son’s defence at the start of 2020 – just after his disastrous interview on Newsnight with Emily Maitlis.

The money going towards Andrew’s legal costs is reportedly coming from her Duchy of Lancaster estate, which generates more than £23 million in income.

Royal courtiers expect the legal bill to run into the millions.

Ms Lerner previously represented the family of Soundgarden singer Chris Cornell after his death, while Mr Brettler has represented Armie Hammer after he was accused of sexual assault.

Andrew’s personal finances are unclear but experts have pointed out that he has no regular source of income.

He leases his home, Royal Lodge on the Queen’s Windsor estate, and is expected to sell a Swiss ski chalet to repay a debt to its previous owner, who claims he and ex-wife Sarah Ferguson owe her £6.7 million.

The Queen’s contribution to Andrew’s defence reportedly means his UK-based legal team, led by Gary Bloxsome, are reportedly obliged to provide updates to Buckingham Palace about the case.

However, courtiers have been kept “largely in the dark”, according to The Telegraph.

Andrew was seen beaming and waving as he ended his three-week Balmoral hideaway yesterday.

The Duke of York had been hiding out in the Queen’s 50,000-acre Scottish estate to avoid US lawyers trying to serve sex abuse lawsuit papers on him.

But the bold prince smiled and waved at passersby as he ventured out for the first time since beginning his voluntary self-isolation last month.

Virginia – a victim of paedophile Jeffrey Epstein – is attempting to sue the Duke in a New York court.

Andrew has until October 29 to respond to the lawsuit, with the next hearing scheduled for November 3.

Meanwhile, a book claimed that Andrew cosied up to Jeffrey Epstein at a “creepy” Eyes Wide Shut style party – where the female staff “looked very young”.

US television host Katie Couric says she was also a guest at the 2010 dinner at Epstein’s £57million townhouse in Manhattan – dubbed “paedo mansion” after he raped underage girls there.

Guests ate lasagne out of shallow bowls and Epstein “held court” in front of the fireplace with Woody Allen and Soon-Yi Previn, George Stephanopoulos and Charlie Rose.

On the way home, Couric’s boyfriend Brooks Perlin remarked to her how young the women who took their coats were, she recalls.

She also writes: “I couldn’t imagine what Epstein and Andrew were up to, apart from trying to cultivate friends in the media.

“Which, in retrospect, they must have figured they’d need.”

A friend of the Duke told The Sun: “The fact that Katie Couric attended a dinner party at Epstein’s house only demonstrates how many of New York’s high society and media revolved in Epstein’s orbit.”