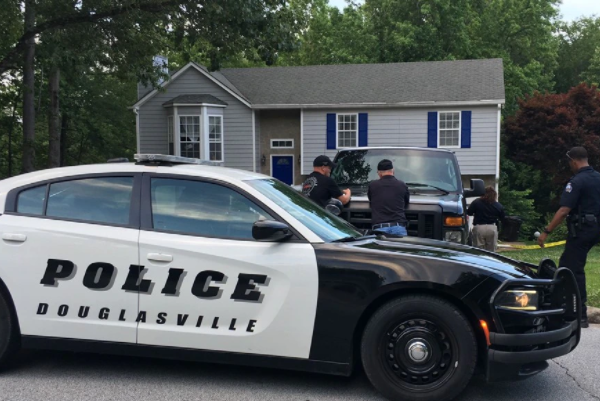 (bigleaguepolitics) – A woman is facing eight counts of communicating terroristic threats in the Atlanta, Georgia suburb of Douglasville, following an investigation into violent letters placed in mailboxes of homes. The letters in question, which threatened residents with violence and bombings of their homes for entering the neighborhood, were supposedly from a white Ku Klux Klan member- but the suspect charged in the threats is a black woman.

Authorities expect Terresha Lucas to imminently turn herself in, after a lengthy investigation identified her as the prime suspect in the violent threats. Community members first described finding the hateful messages in their mailbox in December.

The letters had described their author as a six-foot tall white male with a long beard, and a Ku Klux Klan member who thought the victims of the threats didn’t belong in Douglasville.

Detectives Andre Futch and Nathan Shumaker describe catching the alleged hate hoaxster through an investigation that involved using doorbell patterns, handwriting analysis, and “good old-fashioned police work.” The letters had been circulating throughout Douglasville from December to March, then ceasing until they began again in September. The latest round of hoax letters led to charges against Lucas, after authorities obtained new evidence after executing a search warrant around Labor Day.

Infamous for violence against black people in the south during Reconstruction, the Ku Klux Klan has since largely ceased to exist, although it’s occasionally used by the Left as an example of a supposedly powerful and dangerous ‘hate group’ that consists of no more than a handful of people.

If Lucas is guilty of the crime, the incident will be relegated to merely another example of a Jussie Smollett-style hate hoax, which continue to abound with regularity across the United States.