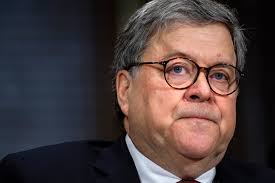 (thehill) – Former FBI attorney Kevin Clinesmith intends to plead guilty to falsifying a document to justify surveillance of a former Trump campaign adviser as part of the 2016 investigation into Russian interference in the presidential election, according to several outlets.

His plea is the first criminal case brought by U.S. Attorney John Durham, whom Attorney General William Barr appointed to lead the investigation into the origins of the Russia investigation.

Clinesmith is accused of altering an email that said Trump campaign adviser Carter Page was not a source for the CIA, even though Page had had a relationship with the agency. The FBI in turn did not disclose Page’s relationship with the CIA, allowing them to renew a warrant to monitor for potentially working with foreign powers.

“Kevin deeply regrets having altered the email. It was never his intent to mislead the court or his colleagues as he believed the information he relayed was accurate. But Kevin understands what he did was wrong and accepts responsibility,” his lawyers told the Washington Post.

But the report also determined the FBI’s decision to investigate the campaign was not motivated by political bias, as President Trump has suggested. Clinesmith was previously found to have sent texts indicating he dislikes Trump, who will likely tout the plea agreement as evidence that the Russia investigation was illegitimate.

Barr appeared to tease the news on Fox News Thursday evening, saying that there will be “a development” in the investigation on Friday.