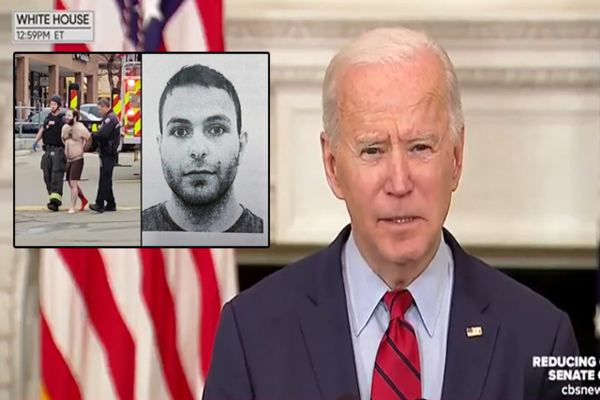 (informationliberation) – The Biden regime is moving to ensure Americans are made even more defenseless after a Syrian Muslim immigrant was identified as the suspect accused of carrying out a deadly mass shooting in Boulder, Colorado.

The move to change the topic from so-called “white supremacy” to gun control came right after the shooter was identified as 21-year-old Ahmad al-Aliwi al-Issa, whose alleged Facebook posts indicate to be a devout Muslim whose family immigrated from Syria.

As congresswoman Marjorie Taylor Greene pointed out, Colorado already has the majority of the strict gun control measures the left demands but it failed to stop “a thug like Ahmad Al-Issa from murdering Americans.”

While the Biden regime is working overtime to disarm Americans and ensure they cannot protect themselves from mass shooters like al-Issa, they’re simultaneously working to bolster the number of so-called “refugees” brought in from places like al-Issa’s own country of Syria.

The Biden regime also is moving to expand our intake of “refugees” while actively expanding the war in Syria and setting up a new military base in northeastern Syria at the Iraq-Syria-Turkey triangle.