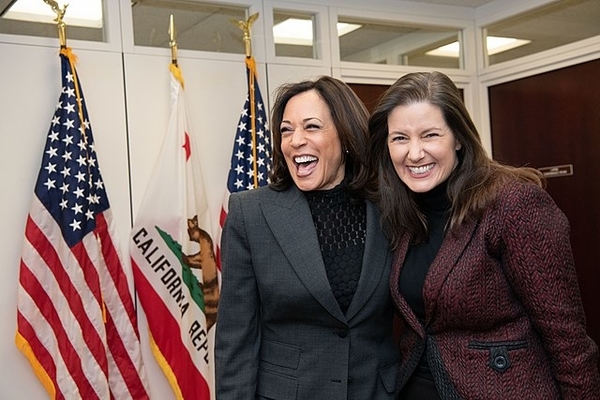 (informationliberation) – The city of Oakland, California is launching a pilot universal basic income program for 600 low-income families this summer but is excluding poor White families from taking part.

The program is only for “Black, Indigenous, and People of Color (BIPOC)” who have “low incomes and at least 1 child under 18, regardless of documentation status,” East County Today reports.

“The term ‘family’ is defined broadly to recognize that families come in all shapes and sizes,” ECT noted.

Oakland will host one of the largest guaranteed income pilot projects in the country to give 600 BIPOC families with low-incomes an unconditional $500 per month for at least 18 months.

Oakland Resilient Families is a collaboration between the Oakland-based community organization Family Independence Initiative and the national Mayors for a Guaranteed Income. The project will support 600 Oakland families while building momentum for strategies to eliminate racial disparities in economic stability, mobility, and assets through a guaranteed income.

“The poverty we all witness today is not a personal failure, it is a systems failure,” said Oakland Mayor Libby Schaaf. “Guaranteed income is one of the most promising tools for systems change, racial equity, and economic mobility we’ve seen in decades. I’m proud to work with such committed local partners to build a new system that can help undo centuries of economic and racial injustice, and point us all toward a more just society.”

[…] “One of my hopes in testing out a guaranteed income is that other cities would follow suit, and I’m thrilled that Oakland is among the first. I applaud Mayor Schaaf’s leadership and am looking forward to working with her to move from pilot to policy,” said former Stockton Mayor and Founder of Mayors for a Guaranteed Income, Michael Tubbs. “By focusing on BIPOC residents, the Oakland Resilient Families program will provide critical financial support to those hardest hit by systemic inequities, including the pandemic’s disproportionate toll on communities of color.”

The Democrats’ recently-passed COVID relief bill also proactively discriminates against Whites by including a $5 billion giveaway exclusively for non-White farmers.

From The Daily Mail, “White farmers blast $5bn promised to minority farm-owners in Biden’s relief bill as discrimination and ‘racism’ with Sen. Lindsey Graham claiming it is a form of ‘reparations'”:

White farmers have voiced their frustration after President Joe Biden’s $1.9 trillion COVID relief package this week awarded $5billion to minority farmers while not offering them the same aid.

The Emergency Relief for Farmers of Color Act was introduced to the relief package by Georgia Senator Raphael Warnock in early February to provide immediate financial relief to black, indigenous, and Hispanic farmers.

The $4billion will provide direct payments of up to 120 percent of a ‘socially disadvantaged’ farmer or rancher’s outstanding debt as of January 1, 2021.

Yet white farmers believe the add-on to the relief package is discriminatory as South Carolina Senator Lindsey Graham blasts the money as ‘reparations’.

The American Rescue Plan will provide $10.4 billion in total for farmers of all races and farm-related programs, according to CBS, but most of the money is earmarked for debt foregiveness for minority farmers.

Half of the fund is going to them, despite white farmers in the US vastly outnumbering their minority counterparts.

According to the USAD, which last issued figures in 2017, there are 3.2million white farmers in America.

This totals only 238,200 minority farmers who will be in recent of 50 percent of the offered aide.

Whereas white people since the 1960s have promoted affirmative action and a host of welfare programs to help disadvantaged non-whites — today, Democrats and the Biden regime are proactively discriminating against them.

This is the definition of systemic racism.