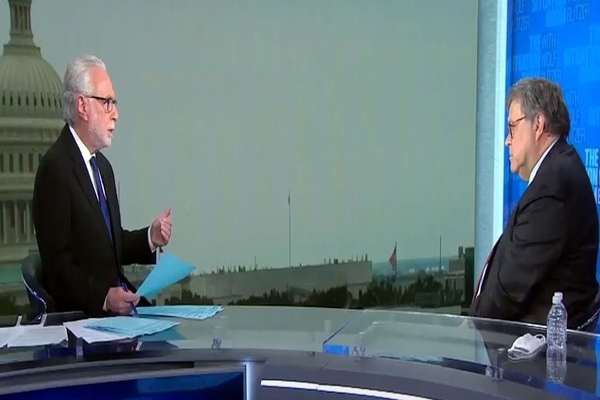 ( breitbart) – On Wednesday’s broadcast of CNN’s “Situation Room,” Attorney General William Barr said that China’s attempts to influence the United States are more aggressive than the influence efforts of Russia or Iran.

Barr said that “there’s some preliminary activity that suggests” Russia might try to interfere in American elections again. He added, “It wouldn’t surprise me if Russia tries something again of the same general genre of before. I mean, this — influence basically is two kinds of things. It’s hack and dump, you get into someone’s mail system and then try to disclose embarrassing documents. It wouldn’t surprise me if they try something like that, or any other country tries that. The other way is social media and putting things out on social media.”

Host Wolf Blitzer then asked, “Because the intelligence community says Russia, China, and Iran are seeking to interfere in the U.S. presidential election, for various reasons, but mostly, they want to sow dissent in our country, exacerbate racial tensions, etc., like that. Of those three countries that the intelligence community has pointed to: Russia, China, and Iran, which is the most assertive, the most aggressive in this area?”

Blitzer then followed up, “China more than Russia right now?”

Barr later stated that China is the most aggressive of the three nations in trying to influence America.