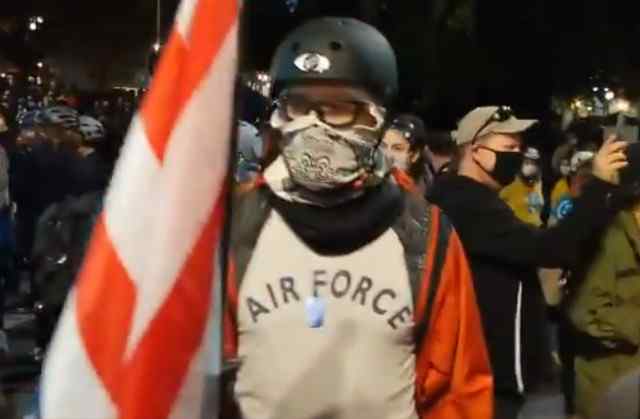 (Gateway Pundit) – Earlier this week Antifa protesters dressed up as “concerned mothers” who came out at 2 AM in the morning, leaving their children at home, dressed as mothers to form a line to protect the violent antifa mob from federal agents protecting the federal courthouse in Portland.

It played well with their partners in the pro-Antifa media until reporter Andy Ngo noticed that the participants were violent antifa rioters playing dress-up.

Then last night these same street thugs dressed up and pretended to be US veterans.

Another huge crowd tonight in Portland, including a new "wall" on the front lines: a Wall of Vets.

Here's a look at the line of military veterans getting set up here in front of the federal courthouse. Behind them, the Wall of Moms and the Wall of Dads are arriving. pic.twitter.com/gGnXHjI3k2