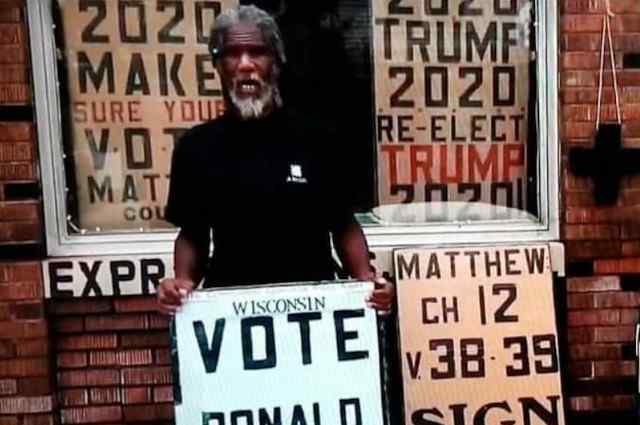 Trammell was gunned down shortly after giving an interview on his support for President Trump.

Bernell Trammell, a well-known Black supporter of Donald Trump who was a community fixture known for his publishing company and long conversations on religion and politics, often delivered from street corners while holding pro Trump and other signs, was shot to death in Milwaukee, Wisconsin.

Trammell, 60, was gunned down on July 23 near the very spot where he gave a video interview a few hours before explaining why he supported Trump. Milwaukee police are seeking what they described as “unknown suspects.” The motive is not clear, including whether the slaying was tied into Trammell’s political beliefs or Trump support. Some news outlets gave the victim’s name as Bernell Tremmell, but he goes by Trammell on social media.

Bernell Trammell was shot in the head execution style broad daylight yesterday in front of his store. He was a God fearing Trump supporting man. Was it because he was a Trump supporter? He didn't look for fights, he lived a good life. Sick and sad! @GovTonyEvers get it together! pic.twitter.com/Y75V7UODZM