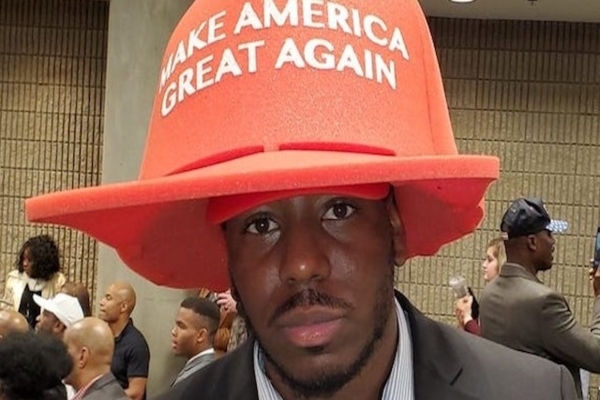 “What medical misinformation is in the song? Whoa,” Bryson Bryson tweeted on Thursday.

The song lyrics that YouTube took most issue with suggested that the coronavirus pandemic may have been “planned” and that President Biden lied about the effectiveness of vaccines.

“Pandemic ain’t real, they just planned it,” Gray raps at one point.

“Biden said the jab stop the spread, it was lies,” he also raps.

Gray said YouTube initially deleted the lyric version of the music video before the actual music video in which he wears a MAGA hat while holding an assault rifle. On Thursday, YouTube tech support told Gray the company would investigate the ban. “Jumping in – we’re passing this along to the right team for a re-review,” YouTube told Gray. ‘We’ll share updates once we hear back from them. Appreciate your patience in the meantime.”

YouTube has not responded to Gray’s inquiry as of this reporting.

“I want to thank YouTube for banning my ‘Let’s Go Brandon’ song. All y’all did was piss a bunch of people off and made more people go listen to it. Let’s Go YouTube. Commies,” Gray said on Saturday.

According to the Daily Mail, Bryson is one of three rappers with a “Let’s Go Brandon” song, two of which were hits on iTunes.

“Rapper Loza Alexander’s version is No. 2, trailing only Adele’s new song Easy On Me, while Gray is at No. 6,” noted the Mail. “Artist Forgiato Blow also has a version of the popular meme-turned-hit song that takes shots at President Biden.”

Speaking with Fox News, Gray expressed frustration that he keeps getting censored while other rappers that curse and sing about acts of violence get a free pass.

“Why is the most censored rapper in the country someone that doesn’t even curse in songs?” Gray asked. “Why can you rap about murder, sex, and drugs but when I rap about questioning the government I get banned? Is this still America?”

Both Spotify and Soundcloud deleted a song from Bryson Gray and Patriot J earlier this year over a lyric suggesting that “Trans ain’t real.”

To date, nearly 412 million doses of the FDA approved covid vaccines have been administered in the United States, and over 189 million people in the U.S. have been fully vaccinated. According to the Centers for Disease Control and Prevention, the mRNA covid vaccines made by Pfizer and Moderna reduce the risk of severe illness in people who are fully vaccinated by 90 percent or more.