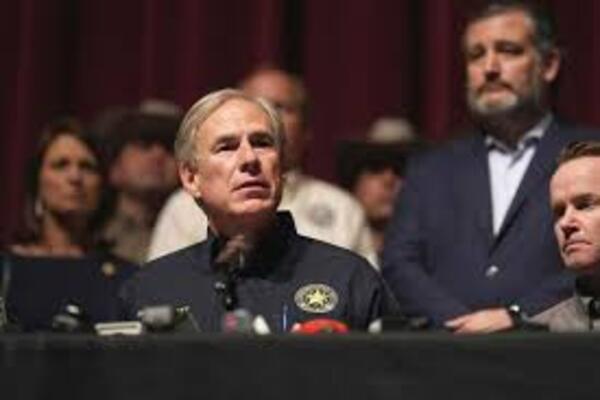 The University of Texas’ poll found that Abbott has 45 percent support of Texas voters. On the other hand, Democrat candidate O’Rourke received 39 percent support.

An additional ten percent of Texas voters “haven’t thought about it enough to have an opinion.”

Abbott has consistently led over O’Rourke, according to polls going back to January.

The Texas governor received former President Donald Trump’s endorsement in June 2021. Trump said Abbott is “a staunch defender of the Second Amendment and has made Texas a Second Amendment Sanctuary State.”

O’Rourke recently crashed Abbott’s press conference held with the mayor of Uvalde, Texas, in the aftermath of the Uvalde school shooting.

Beto appears to wait until the governor’s remarks are complete before he stands in front of the stage to interrupt Lt. Governor Dan Patrick’s presentation. Patrick attempts to shut down the Democratic Party candidate for Governor, saying, “Excuse me, you’re out of line and an embarrassment.”

O’Rourke continued to talk over the Lt. Governor to address Governor Abbott. “You’re doing nothing,” the failed presidential and senatorial candidate said.

Uvalde Mayor Don McLaughlin was most vocal in trying to shout down the interruption. Texas Senator Ted Cruz can also be heard trying to hush Beto.

“I can’t believe… you’re a sick son of a bitch,” the mayor continued, “that would come to an event like this to make political issues.”

The University of Texas surveyed 1,200 registered Texas voters from June 16 to June 24. The poll has a margin of error of ± 2.83 percent.