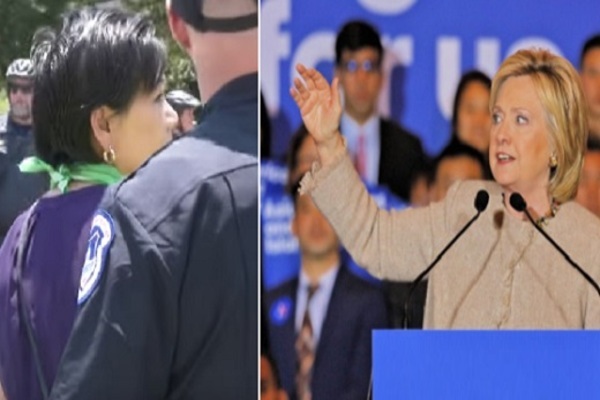 (trendingpolitics) – More than 100 people were arrested at an abortion rights protest in Washington, DC, and Democrat Rep. Judy Chu of California was also among them, according to a statement from her office. Chu once supported former U.S. Secretary of State Hillary Clinton back in 2015/2016, posting on her own Facebook page: “It was great to welcome Hillary Clinton to East LA College, located in the 27th District, earlier this week. #ImWithHer.” Now Chu is out there getting arrested by Capitol Police.

“When I first heard Roe was overturned, I immediately thought of who would be most harmed by this decision: a young girl who is a survivor of rape, a woman who cannot afford to travel to another state to access critical care, an expecting mother with an ectopic pregnancy whose life is in danger because she cannot have an abortion. So, when I think of all these women — and more — the decision to join in a peaceful demonstration to make clear we will not allow the clock to be rolled back on abortion rights was easy,” the Democratic congresswoman said in a statement.

In the wake of the Supreme Court’s reversal of Roe v. Wade., the protest joins a number of demonstrations across the nation in recent days. Leaving the matter to the states, the ruling last week ended a person’s federally protected right to an abortion.

Holding signs, singing and chanting slogans, including: “We won’t go back, we won’t go back, our human rights are under attack,” abortion rights protesters marched to the US Supreme Court. Are you proud to be an American?

Just a few feet from the Supreme Court and US Capitol grounds, the group collectively sat down on the corner of Constitution Ave. NE and First St. NE, in what organizers said was an act of civil disobedience. Before several of the protestors were arrested, they faced several verbal warnings from US Capitol Police officers telling them the gathering was illegal.

The US Capitol Police tweeted: “We arrested 181 people for Crowding, Obstructing or Incommoding (DC Code § 22–1307) for blocking the intersection of Constitution Avenue, NE and First Street, NE.”

Earlier, President Joe Biden said that he would support making an exception to the Senate filibuster, the 60-vote threshold in the chamber needed to pass most legislation, in order to codify abortion rights and the right to privacy through legislation passed by Congress, but the chances face an uphill battle.

To abolish the filibuster, Chu said that she is ramping up her calls, and pushing to pass the Women’s Health Protection Act, which she sponsored and passed in the House of Representatives last year, but was blocked by Senate Republicans in February with Democratic Sen. Joe Manchin of West Virginia voting with Republicans in opposition.

“Lives are at stake and this fight is far from over,” added the congresswoman.