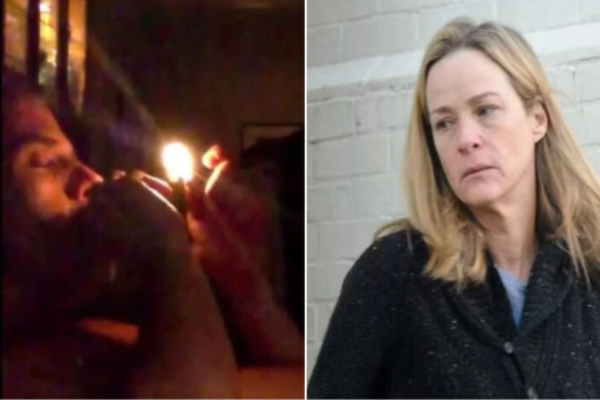 (bigleaguepolitics) – Hunter Biden’s ex-wife is planning to release a memoir detailing her marriage to the younger Biden, potentially exposing new compromising information on the Biden family and the scandal-ridden President’s son.

Kathleen Buhle’s “If We Break: A Memoir of Marriage, Addiction, and Healing” will seemingly reveal new details on the disgraced Biden’s drug addiction, serial adultery, and personal misconduct. The book is slated for release in June.

Speaking to People magazine on Wednesday, Buhle recounted several of Hunter’s disgraceful personal indiscretions. “Anyone who has seen addiction ruin a relationship, or been through infidelity and divorce, can tell you how devastating it feels.”

Buhle and Hunter had been married for 24 years before divorcing in 2017. The younger Biden had begun an affair with Hallie Biden, the widow of his deceased brother Beau. Hunter largely portrayed himself as a victim in an autobiography released last year, blaming his actions on drug addiction. Buhle and Biden share three children.

Buhle has never previously spoken publicly about the divorce, which court filings indicate was preceded by Hunter dropping large amounts of money on prostitutes, strippers, and drugs.

Hunted has become a source of shame for the Biden family, facing an administrative discharge from the Navy after testing positive for cocaine on a drug test. Biden used his insider political commissions to secure a commission in the Navy without going through Officer Candidate School or basic training.

With the book slated to release five months before the 2022 midterms, it’s not impossible that it could have political implications on the election. Joe Biden’s daughter, Ashley, spoke of her resentment for her own father, citing his “money and power” in a diary obtained by Project Veritas.

Hunter’s penchant for political nepotism and corruption is well known, regularly using his connection with the then-Vice President to secure lucrative lobbying gigs for foreign governments.