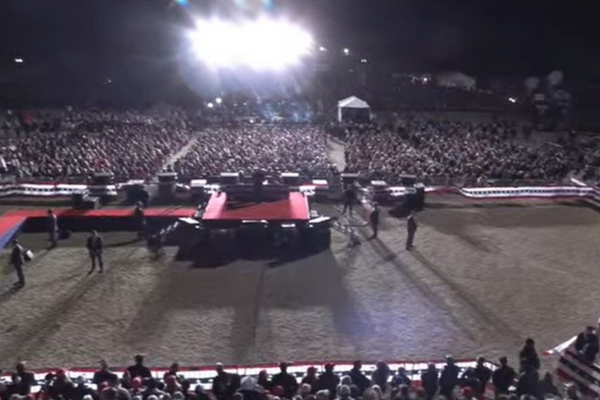 (thegatewaypundit) – President Trump spent time tonight at his Florence, Arizona rally speaking out against the abuse against the January 6 defendants.

Trump then called out the “dope” Lt. Mike Byrd who killed Ashli Babbitt.

President Trump:  These people are living in hell.  These people are being hounded… The jails are filthy.  The showers are disgusting.  The bathrooms are disgusting.  We should help them defend themselves… An out of control dope, a real dope… The guy who shot Ashli Babbitt.  If that happened the other way around they’d be calling back the electric chair.  Nancy Pelosi, if she wants to move to Florida.  I don’t want her in Florida…

President Trump then called out the federal operatives in the January 6 crowd at the US Capitol including the Arizona man, Ray Epps, who was urging people to enter the US Capitol on January 6.