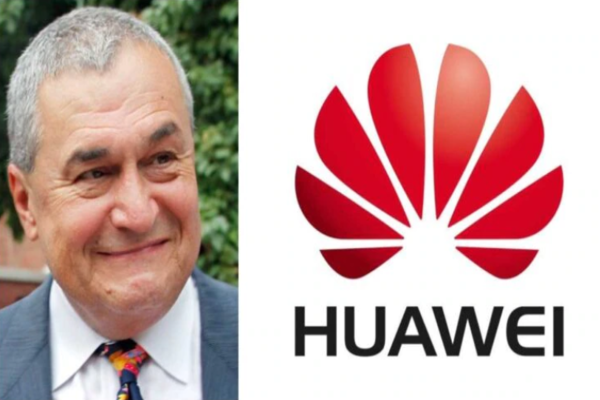 In Feb. 2020, the Trump administration charged Huawei and its subsidiaries for racketeering conspiracy and with conspiracy to steal trade secrets. These charges have largely kept Huawei from gaining traction in America.

“As revealed by the government’s independent investigation and review of court filings, the new charges in this case relate to the alleged decades-long efforts by Huawei, and several of its subsidiaries, both in the U.S. and in the People’s Republic of China, to misappropriate intellectual property, including from six U.S. technology companies, in an effort to grow and operate Huawei’s business,” Trump’s Department of Justice wrote in their announcement of the charges against Huawei.

“The misappropriated intellectual property included trade secret information and copyrighted works, such as source code and user manuals for internet routers, antenna technology and robot testing technology.  Huawei, Huawei USA and Futurewei agreed to reinvest the proceeds of this alleged racketeering activity in Huawei’s worldwide business, including in the United States,” they added.

In addition, the DOJ has alleged that Huawei “helped Iran’s authoritarian government build out its domestic surveillance capabilities and tried to secretly do business in North Korea.” This malignant corporation in service to a foreign power hopes that Podesta, whose art collection would make Jeffrey Dahmer blush, can reverse their fortune in U.S. markets.

Big League Politics has reported on the creepiness of Podesta, and his brother, Tony, and how their art collections are similar to that of deceased Democrat child sex predator Jeffrey Epstein:

“Jeffrey Epstein’s mansion, which used to be a K-12 school for children, contained a great deal of peculiar artwork that give a glimpse into the mindset of this convicted sexual criminal.

The Democratic-affiliated predator had a mural of a prison yard with himself at the center of it in his home, perhaps realizing that he would someday be held accountable for his life of reprehensible behavior.

Other bizarre works of art contained in the Epstein mansion included dozens of prosthetic eyeballs decorating his hallway, a life-sized doll hanging from a chandelier as if it was being tortured, and a large display with nude figurines on a human chess board.

Epstein’s mansion cost a whopping $56 million, but it was essentially gifted to him by billionaire retail magnate Leslie Wexner, a long-time associate of Epstein’s.

Authorities reportedly found child pornography in his house after they raided it. God only knows how many atrocities were committed inside Epstein’s seven-story townhouse on 9 E. 71st St.

Similarly depraved, sexual imagery has been showcased in the home and office of brothers John and Tony Podesta, long-time Clinton associates who were found at the center of conspiracy theories after leaked Democratic Party emails were published by WikiLeaks in 2016.

John Podesta had an image depicting cannibalism hung in his office while he worked the Hillary Clinton presidential campaign in 2016. He used to quip to shocked observers who asked about the morbid painting depicting two men feasting on another that “it’s better to be the guy with the fork than the guy on the table.”

Tony Podesta’s home is filled with even more bizarre artwork. Certain images include depictions of women without heads, a nude woman soaked in blood, a blasphemous nude painting of Jesus Christ, and a young boy who looks as if he was rendered by a sewing machine.

The most creepy piece of artwork is a statue in the likeness of tortured victim of serial killer Jeffrey Dahmer which hangs from the ceiling of Tony Podesta’s home. Similar to Epstein’s life-sized doll hanging from a chandelier, it shows a reverence for human suffering that is seemingly commonplace among the liberal elite.”

Chinese corporations are attempting to exploit America’s satanic and decadent elite to enhance their economic domination over the U.S. Sadly, their plans have worked up until this point as Trump failed to jail any deep state crooks before he was booted from office.