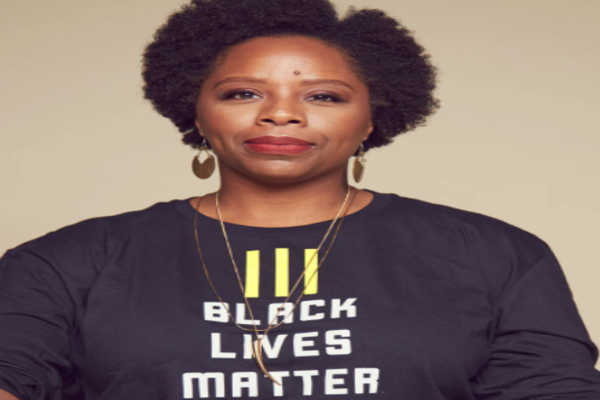 The Daily Mail first reported Cullors “has been busy upgrading her ‘Marxist’ mansion in the rustic but ritzy Topanga Canyon area of Los Angeles County amid the fallout over her $3 million property portfolio.”

A sub-contractor reportedly told the publication they were erecting a wooden structure “to surround the entire property and that the exterior improvements were in the ‘$35,000 range.’”

“It will have an electronic gate at the driveway portion, a walk-up door, and call box, and other safety measures, cameras – you know, to keep the riff-raff out,” the Daily Mail reported he said.

A local real estate professional confirmed the property’s title. “There is no mortgage holder on the property,” the realtor reportedly said before revealing to the publication that “Abolitionist Entertainment, LLC,” is the owning entity, which apparently bought the property as Cullors listed as a “member.”

Breitbart News reported Cullors, a “trained Marxist,” is thought to have bought four homes over the past several years, as her activist profile grew and protests raged around the country.

Cullors resigned from her position May 27 after the controversy about her personal wealth — “though she, and the Black Lives Matter Global Network Foundation (BLMGNF), denied that had anything to do with it.”

Cullors’ stake in the property and the intent to protect it is worth noting due to her Marxist bent, which contends that private property is a result of the upper class oppressing the lower class, according to the Marxist ideology.

Marxism differs from socialism in a distinct way.

Marxism is a materialistic misconception of history that intends to clarify the development of all societies by making societal change based on the oppressed and the oppressor. Socialism, on the other hand, asserts radicalized equality and the abolition of private enterprise to achieve what is deemed equality.