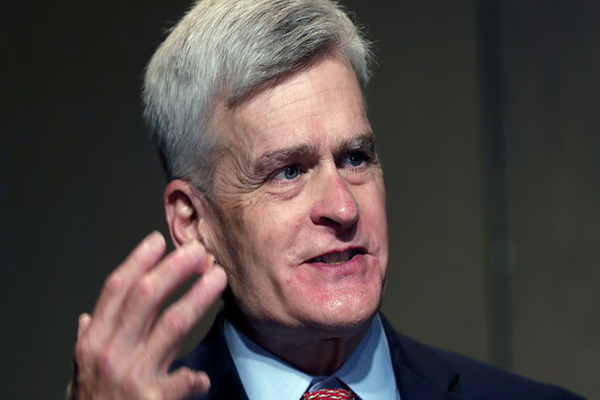 During Thursday night’s presidential debate between Biden and President Donald Trump, Biden pledged to shut down the oil industry.

“I would transition from the oil industry, yes,” Biden said.

Cassidy told Breitbart News that Biden’s promise to close the oil industry exposes Biden and the Democrat Party’s elitism and lack of concern for the working-class families that will lose their livelihoods in the process.

“I think it exposes the elitism of the Democratic Party. I read Joe flew away in his private jet. He will still have the jet fuel; he will just buy it from someplace else. Another 11 million jobs, 250,000 of them in Louisiana in oil and gas, they’re gone,” Cassidy said. “But they’re not his voters. They’re in flyover country. So his coastal elites would do extremely well; they don’t worry about that, they won’t be inconvenienced, they’ll probably repeal the SALT tax so that they have even more money. For the folks back home, who have good-paying jobs because of the oil and gas industry, an asset that everyone can see will be needed for the next 50 years. They’ll be a little harder off.”

“Clearly, they thought it was a mistake to finally let out the truth, but what I find is most upsetting is the future of those families is those jobs. When I’m reelected, it’ll be over my dead body if he pushes that agenda, and I cannot believe the lack of concern he’s showing for families that depend on that income,” he added.

Closing down the American energy industry would be disastrous for many energy-producing states such as Louisiana, Pennsylvania, Ohio, and Texas.

Biden’s climate plan would aim to help areas affected by the former vice president’s closure of the oil industry by providing investment. Cassidy charged that an honest living provides much more dignity than a handout from Biden’s climate plan.

“I guess we all just get a minimum payment every month, and their conscience is assuaged. But if you’re that family with the dignity of work for providing a future for your kids, I’m not sure that you’re on the dole that is going to have the same importance,” he said.

He added that the Biden climate plan is “almost a calculated strategy to weaken the United States economically. But it does by destroying the livelihoods of many families in the United States, particularly in my state.”

Cassidy concluded, saying that the final presidential debate proved that Trump is for the working class and that Biden would only devastate America’s middle class.

“If we ever had to establish that the president was for the working family and Biden was not, I thought that the debate last night pretty much established that,” Cassidy said. “Biden’s pretty much willing to shut down the economy again when it’s actually working families that suffer most from that.”