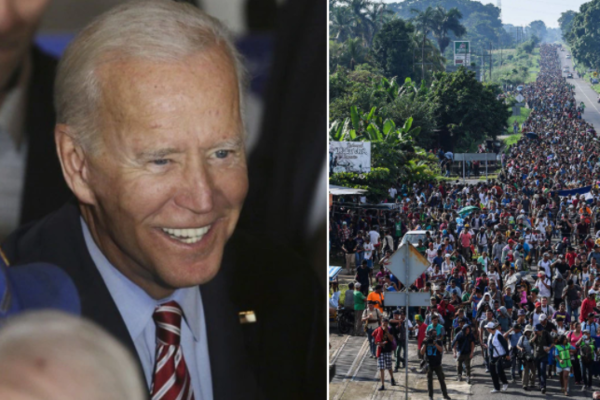 (bigleaguepolitics) – President Joe Biden’s deputy press secretary, Karine Jean-Pierre, appeared to contradict a claim made by the President himself on Thursday, suggesting that the Department of Justice would move forward with payments of $450,000 to illegal immigrants subjected to penalties for infiltrating the southern border during President Donald Trump’s administration.

Biden had called reports of the $450k payments “garbage” on Wednesday, accusing Peter Doocy of Fox News of spreading misinformation. It appears Doocy’s information on the matter was actually correct, with Biden’s deputy press secretary admitting the DOJ was preparing a reparations package for illegals. The Wall Street Journal had originally broken news of the reparations package and the settlement figures.

Jean-Pierre’s remarks suggested that the President isn’t calling the shots in regards to the reparations program for illegal immigrants, with DOJ officials instead making policy. The ACLU had rushed to correct the President, claiming that he was unfamiliar with the policies his own government was enacting to incentivize illegal immigration.

“The President is perfectly comfortable with the DOJ settling with the individuals and families who are currently in litigation with the US government,” said Jean-Pierre. Ms. Jean-Pierre appeared to somewhat suggest that the final figure for reparations payments was higher than what Biden had anticipated, but clarified that it would ultimately be the DOJ that would finalize details of the payments.

Officials of the Department of Homeland Security and DOJ have strenuously objected to the settlement, which rewards illegal immigrants in lawsuits that have no legal basis. Some have remarked that supposed families of illegal immigrants will receive more money from the federal government than survivors of the 9/11 attacks ever did, or veterans of America’s wars.

President Biden has broken the single-year record for illegal immigration, with the wealth transfer to thousands of illegal immigrants likely to serve as an invitation for millions more illegal aliens seeking a massive check from US taxpayers.