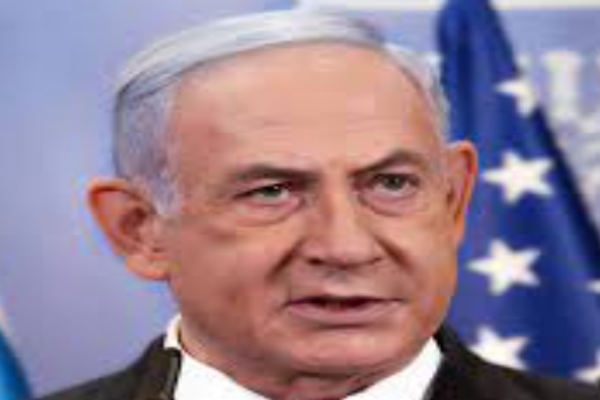 (breitbart) – Outgoing Israeli Prime Minister Benjamin Netanyahu ripped his likely replacement, Naftali Bennett, in a speech to Israel’s parliament, the Knesset, on Sunday afternoon, prior to the vote to confirm the new Israeli government.

“Bennett always does the opposite of what he says and what he promises,” Netanyahu said, mocking his rival’s prior statements about opposing the Iran nuclear deal.

Netanyahu had begun by noting that he and his party, the Likud, had won more votes than any other party in the Knesset.

He recounted his long history of public service, including his role in hostage rescues as a member of Israel’s special forces; his diplomatic service in the U.S.; and his work in the government as Israel’s longest-serving prime minister.

“We changed Israel into a world power,” he said, noting Israel’s emergence as a technological and economic force.

“We were the first in the world to emerge from the coronavirus,” he added, and stressed Israel’s free-market reforms, noting that they had enabled Israel to weather the pandemic with far greater success than many other countries.

Netanyahu added that his government had proudly opposed the Iran nuclear deal, and had also managed to forge a “historic agreement,” the Abraham Accords, with several Arab and Muslim states, bringing new peace to the region. Moreover, he said, Israel had improved its relations with countries around the world, from Africa to Latin America, while still reserving the right to attack threats — whether Palestinian terrorists, or Iranian-backed forces in neighboring Syria.

He noted that during his tenure, Israel had also developed natural gas resources offshore in the Mediterranean, joining those community of fossil-fuel producing nations, from which Israel had until recently been a glaring regional exception.

Unlike his would-be successor, Netanyahu was not greeted with heckles or interjections, at least until halfway through.

He said that his government had placed Israel in the best situation, from a natural security perspective, that it had ever enjoyed. He recalled the chaos of the Second Intifada, just before he took office, with buses and restaurants bombed.

“It didn’t just happen,” Netanyahu said, implying his leadership and his policies were the reason for Israel’s success.

He said that his policies were those of the “true right,” and said that, if necessary, he would fight against “this dangerous government” from the opposition benches.

Netanyahu said that he had told U.S. President Joe Biden that he had not agreed to keep disagreements over the Iran deal behind “closed doors” — a position supported by Israel’s left-wing parties, who have opposed outright confrontations with Democratic Party administrations in the U.S.

Netanyahu recalled that Jews had tried that quiet approach when Franklin Delano Roosevelt was president, as the Nazis were carrying out the Holocaust, and should not be silent again.

The prime minster of Israel, Netanyahu said, must be prepared to say no to the President of the United States, and to do so publicly, when the issue at hand affected the fundamental security of the Jewish state. He criticized Yair Lapid, leader of the Yesh Atid party, for opposing Netanyahu’s approach in favor of quiet disagreement with the U.S. (Lapid is set to become prime minister in two years under the coalition agreement, and will serve as foreign minister under Bennett.)

Even as he urged members of the Knesset to vote against the new government, he stressed that he would provide a strong opposition alternative, offering a real choice to Israeli voters for the future.

He also said that the outgoing government was leaving the Israeli economy in “fantastic” condition, far better than that of most other countries, defending Israel’s recent free-market reforms against “socialism, populism, and opportunism.”

As hecklers mentioned his ongoing criminal trial, Netanyahu departed from his prepared remarks to mock the prosecution. Netanyahu faces charges of corruption that critics have described as flimsy and politically motivated.

Netanyahu also attacked Bennett for breaking election-eve promises not to co-govern with Arab parties. He said that while the counting of votes in the March election had been fair, the coalition negotiations since had been fraudulent.

He said that in direct democratic elections, he would be elected prime minister, and accused his opponents of changing the rules of the Knesset to allow small, minority parties, such as Bennett’s Yamina party, to lead the government.

He called Bennett’s party the “fake right,” and said that the coalition was a union of extremist parties, citing various controversial positions taken by its members, including his own former coalition partner, Avigdor Lieberman.

It was Lieberman’s refusal, in 2019, to join a Netanyahu government that included the ultra-Orthodox parties that triggered the political crisis in Israel that resulted in several new elections over the following two years.

In an apparent answer to Bennett, who had closed his speech with a prayer, Netanyahu cited Psalm 144:8, calling for God’s help against those “whose mouths are full of lies,” a reference to Bennet’s broken campaign promises.

He closed by urging supporters to take heart, and promised to fight every day against this “bad, dangerous government,” which he vowed to topple. “And with God’s help, it will happen much faster than you think,” Netanyahu concluded.