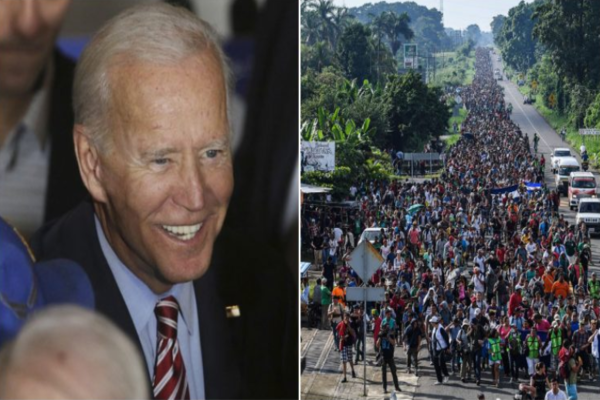 (bigleaguepolitics) – With establishment media neglecting to cover the porous US southern border in favor of Afghanistan war advocacy, Joe Biden’s administration stands a strong chance of setting the all-time record for illegal entry in a fiscal year.

Apprehensions at the southern border are strong indicators of overall levels of illegal immigration, which are difficult to precisely estimate. DHS tallies encounters, events in which illegal crossers are apprehended by law enforcement- increasingly to be released into the public after initial processing.

The level of encounters in July were the highest in 21 years, with 212,672 illegal aliens caught at the border. August’s encounters haven’t been released to the public yet, but Texas border Congressman Henry Cuellar indicated that DHS has counted a similarly record-breaking sum of encounters during the month. The last time two months set successive records was in February and March of 2000.

With 1,471,194 total border encounters thus far this year, it would require 175,000 encounters in September(the last month of the fiscal year) for 2021 to break the 1986 record. Illegal immigration tends to decrease during fall months, but a month with a modest decline from August would still smash the yearly record of illegal immigration. In any event, it’s almost assured that 2021’s apprehension levels will be among the top five highest years in recorded history- with an increase of well over a million from 2020.

President Biden has terminated and thus refused to reinstate President Donald Trump’s game-changing ‘Remain in Mexico’ asylum reform, which required bogus asylum seekers to await the adjudication of their cases in Mexico before being granted the privilege of legal US residency. Even Biden administration officials have called for the reinstatement of Remain in Mexico amid the border onslaught, with the Supreme Court ruling that the policy was terminated unconstitutionally and ordering its return.