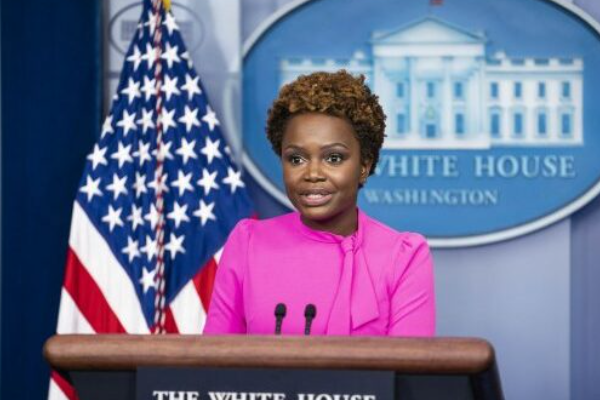 (bigleaguepolitics) – The White House recently walked back a statement regarding the possibility of enforcing new lockdowns due to the spread of the Delta variant.

Doocy asked, “So if you’re listening to the science, if scientists come to you at some point down the line and say it is our opinion that there should be shutdowns and there should be school closures, you would do that. “

Jean-Pierre answered that the Biden administration has not taken potential future lockdowns and school closures off the table, indicating that they would gladly lock the country down once again should the “experts” recommend such a move.

Hours later, the statement was walked back on Twitter, with a White House official pointing Fox News to a pair of tweets by Jean-Pierre on Thursday evening claiming the administration is actually not considering lockdowns despite Jean-Pierre’s previous comments at the press conference.

“To be clear, here is what @potus said this week: ‘more vaccinations and mask wearing in the areas most impacted by the Delta variant will enable us to avoid the kind of lockdowns, shutdowns, school closures, and disruptions we faced in 2020….We are not going back to that,’” Jean-Pierre wrote on Twitter.

“We will not be going back into lockdowns. Why? Because we now have the tools to put this virus behind us,” she continued. “The science says the vaccines work – including against the Delta variant. We urge Americans to get vaccinated.”

Fox News’ Peter Doocy also asked Jean-Pierre if Americans could “trust” Joe Biden on his word that the nation is “not returning to lockdowns, shutdowns and school closures” after he called for Americans to wear a mask indoors even if vaccinated.

“President Biden says that we are not returning to lockdowns, shutdowns and school closures,” Fox News’ Peter Doocy asked, “But he also once said that we didn’t have to wear masks anymore once we were vaccinated. So why should Americans trust him now?”

“Well, because we listen to the scientists, we listen to the experts,” Jean-Pierre responded. “This is a public health situation. This is not about politics at all, this is about saving lives. And this is what the president is all about.”

“He wants to make sure that we are saving lives,” she continued. “If you look at, Peter, the last six months, that’s what he’s done every day and you see that in the numbers.”

Policies involving forcing masks on citizens are of course political by definition, as they seek to modify behavior by force. With Americans tired and weary after almost two years of unconstitutional restrictions and lockdowns, there is speculation that many have had enough and will not comply with further restrictions.