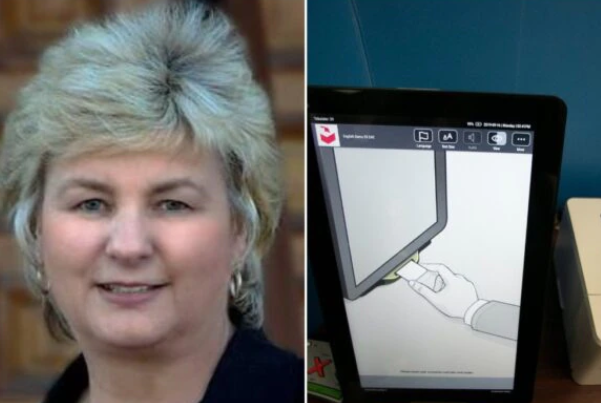 (bigleaguepolitics) – County and city clerks are standing against a private investigation into Dominion voting machines in the county of Barry, showing exactly how dedicated these public officials are to covering up the voter fraud that happened in last year’s election.

This is in response to work by Barry County Sheriff Dar Leaf to spur an actual independent inquiry into the Dominion voting machines. Barry County Clerk Pamela Palmer has emerged as a particularly belligerent opponent of the investigation.

“They’re trying to find out if the machines have the ability to switch votes,” Palmer said to MLive.

“We ran a perfectly balanced election in November of 2020. We had no issues with the machines or anything. The canvassers didn’t find any issues, it was a clean election. And now, nine months later, there’s a group that our sheriff is heading up, that is investigating to see if they can find that there was any fraud,” she added.

Palmer claims that the Dominion machines work fine, there is no capacity for them to ever be hacked, and the 2020 election was perfectly on the up-and-up. She intends to obstruct and attempt to prevent any investigation from happening.

“I thought to myself, ‘Over my dead body,’” Palmer said about responding to the investigation initiated by Sheriff Leaf.

Big League Politics has reported on how Sheriff Leaf is one of the very few men who has been exercising their authority to stop the steal and combat the stunning and unprecedented amount of electoral fraud that occurred in Nov. 2020:

Bridge Michigan obtained emails through a Freedom of Information Act (FOIA) request from Leaf’s attorney showing how the constitutional sheriff snapped into action following last year’s fraud and began rallying sheriffs to push back against the alleged culprits.

“It is our job to investigate all acts of voter fraud,” Leaf said.

Emails show that Carson Tucker, an Ann Arbor attorney who represented leaf, reached out to Carissa Keshel at the Fight Back Foundation requesting details on “counties that have been potentially compromised” during the election.

“My client Barry County Sheriff and several other county sheriffs in Michigan would like to consider issuing probable cause warrants to sequester Dominion voting machines if there is evidence of criminal manipulation,” Tucker wrote.

“Constitutional Sheriffs have a legal obligation and duty to ferret out criminal activity in the county on behalf of the citizenry,” Tucker added. “And they are the chief law enforcement officers.”‘

The city and county clerks have much to hide. The extent of the corruption goes deep. The foundations of American democracy are rotten to their very core.